Days of Our Lives (DOOL) spoilers and updates tease that Abigail and Chad DiMera (Marci Miller, Billy Flynn) will blow Gwen Rizchech (Emily O’Brien) out of the water and her relationship with her father Jack Deveraux (Matthew Ashford) to smithereens when they expose her secret in an upcoming episode of Days of Our Lives!

Days Of Our Lives Spoilers – It Was All About The Timing

Days of Our Lives viewers will recall that it was all about the timing; when Gwen took that tumble down the staircase of the DiMera mansion after a struggle with Abigail, she let her, Jack and Chad think it made her lose Chad’s baby! But Days of Our Lives viewers know that she lost the baby before she went down the stairs after she came back from Salem University Hospital. This is where dirty doctor Clay Snyder (Michael Lowry) blackmailed her into delivering the drugs that he was selling out of the pharmacy because he diagnosed her miscarriage and held it over her head! There was no discrepancy over Gwen losing the baby, just over the timing! Abigail and Chad knew there was something off about Gwen’s story and she was holding secrets back – they searched thoroughly to find out what her secrets were, and they uncovered the truth about the timing of her miscarriage and Abigail in particular cannot wait to tell Jack!

First, in Days of Our Lives, viewers will see Chad and Abigail blow Gwen out of the water by confronting her with the secrets they have uncovered! Gwen will be panicking by this time – she doesn’t want to lose her relationship with her father, who is one of her only supporters! In the midst of all this, she is still trying to help the man she loves, and who loves her, out of jail! That of course would be Xander Cook, (Paul Telfer) who is the one who knows all the secrets and has sacrificed his own freedom to preserve hers! 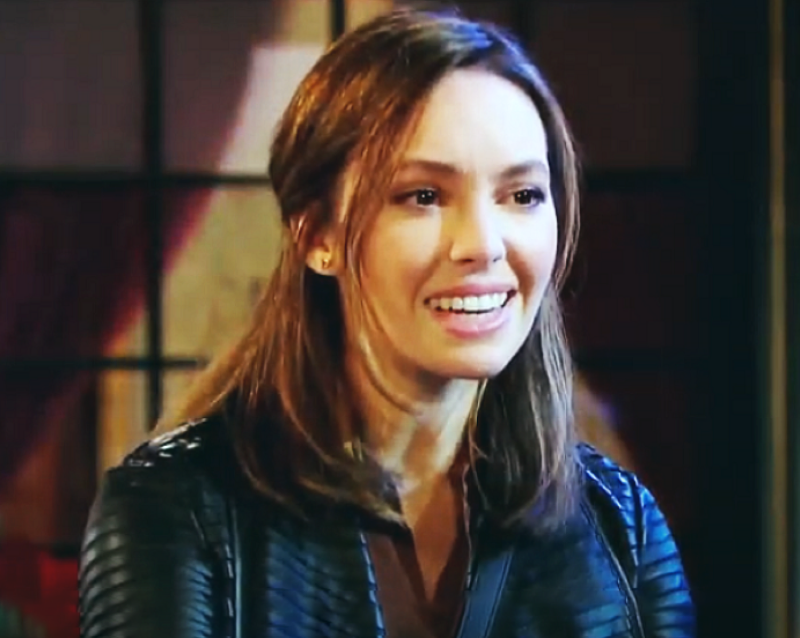 Of course, Days of Our Lives viewers know if the two of them had told the truth from the start, they wouldn’t be dealing with these situations now! Xander and Gwen had revealed that the secret that Snyder had been holding over her was that she was a sex worker and he was one of her clients up east – with Snyder dead, who was going to blow their cover? Or, so they thought – it sounds like Snyder had some secret notes or files hidden away that investigative reporter Abigail found!

Abigail DiMera Has The Pleasure Of Telling Dear Old Dad

Days of Our Lives viewers can guess that it will be Abigail who has the extreme pleasure of telling dear old Dad about her findings and blowing Gwen’s relationship with Jack to smithereens! Days of Our Lives viewers know that she’ll make her narrative extra salacious and point out Gwen’s extreme deceit, and will hope to make Jack mad enough to never forgive Gwen. Whether he still gives her the benefit of the doubt, is uncertain, because Abigail will be prepared with undeniable proof! As for Gwen, she will still have Xander to hang on to and will continue to try and help him, even continuing to put her own freedom at risk for him again. It will be a drama-filled confrontation when Jack is confronted with the truth that neither he nor Gwen will be able to dispute!

The Bold And The Beautiful (B&B) Spoilers: Will Eric Give Into Quinn’s Demands And Fire Donna?