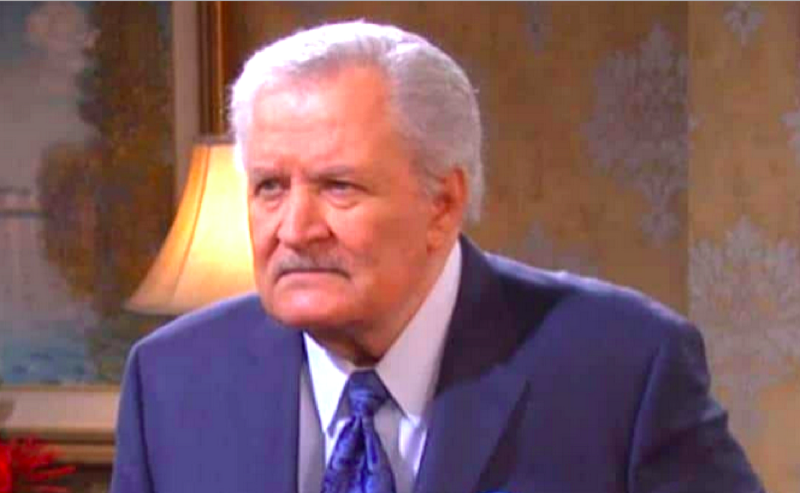 Days of Our Lives (DOOL) spoilers and updates tease that Victor Kiriakis (John Aniston) will step in to free his nephews when both Justin Kiriakis (Wally Kurth) and Xander Cook (Paul Telfer) are jailed in an upcoming episode of Days of Our Lives!

Days of Our Lives viewers will recall that Xander, Gwen Rizchech (Emily O’Brien), and Justin tried working together to see if they could get Judge Robert Smails (Richard Steinmetz) to drop all charges against Bonnie Lockhart (Judi Evans). Gwen propositioned the judge, which certainly didn’t help matters any, and Justin played a recording of his agreement to Gwen’s proposition and threatened to turn him into the legal board! Justin also mentioned that the “good judge” was in E.J. DiMera’s (Dan Feurreriegel) pocket!

Needless to say, all of that backfired on the three of them and as a result, Xander is still in jail and so is Justin, along with Bonnie! Victor decides that perhaps he can exert some influence over the legal system in Salem, especially when he finds out that a DiMera seems to be running the show! Longtime viewers of Days of Our Lives will recall that the feud between the DiMeras and the Kiriakises goes back for years, and E.J. in particular is leaving a bad taste in Victor’s mouth!

Days of Our Lives viewers know that Victor likes to dispense with the rank and file and start at the top, although there are some levels over the corrupt judge he could go to. Victor figures there has got to be more dirt on Smails than a recording, although he marvels at how easily E.J. first got Xander’s charges dismissed, and then just as easily reinstated! The only DiMera that Victor has ever gotten along with was Chad DiMera (Billy Flynn) and that was because he was good friends with Sonny Kiriakis (most recently Zach Tinker). 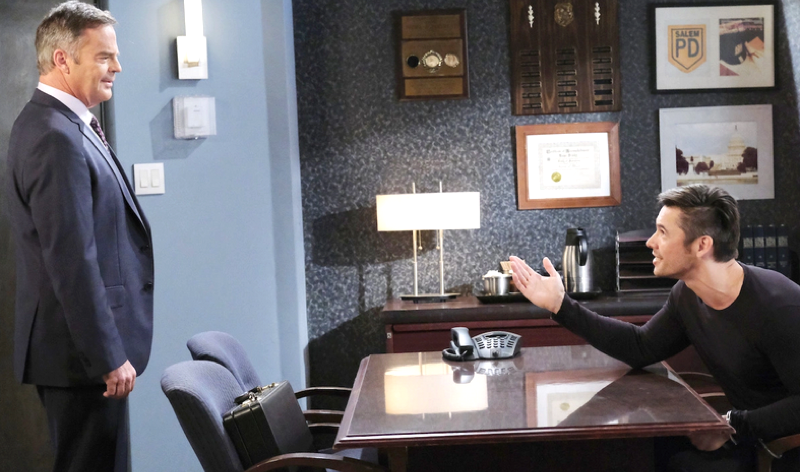 Longtime Days of Our Lives viewers will recall that Victor has not always been the saint of Salem, and he has tangled with E.J. on more than one occasion! Victor figures that Judge Smails was probably paid off to dismiss Xander’s charges and then likely paid off a second time to reinstate the charges. This is not something that Victor hasn’t done before, only the last time he paid off a judge it was in a custody case over Claire Brady (Isabel Durant) when she was a baby and Philip Kiriakis (Jay Kenneth Johnson) thought he was her father. Victor figures a judge is a judge, and Smails is one who can be bought for the right price!

Victor Kiriakis Makes An Offer That Can’t Be Refused

Days of Our Lives viewers know that Victor is no dummy, and before he tries to buy his nephews’ freedom he’ll have Smails investigated. Victor will want some proof that Smails took money from E.J. DiMera or others before he tries bribing the judge himself! If Victor can get concrete proof that Smails is taking bribes then he can use that proof against him and the fine art of leverage to get all the charges released. But Bonnie – she might be another matter. Victor doesn’t approve of her and especially not as a bride for Justin, but one step at a time! Justin can’t very well do legal representation for either her or Titan Industries behind bars himself, and Maggie Kiriakis (Suzanne Rogers) wants to know what happened to send Xander down such a bad path! But in the end, Days of Our Lives viewers know that Victor will do anything he can, legal or not, to get the job done!