Days Of Our Lives (DOOL) Spoilers: EJ And Lucas Have A TENSE Encounter 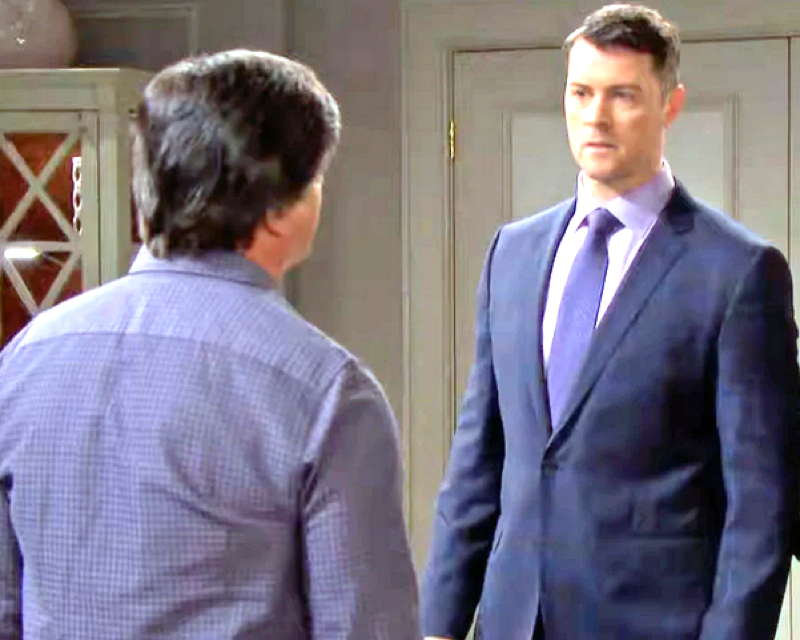 Days of Our Lives (DOOL) spoilers and updates tease that EJ DiMera (Dan Feurreriegel) and Lucas Horton (Bryan Datillo) will have a tense encounter when Lucas brings up Sami DiMera’s (Alison Sweeney) long absence in an upcoming episode of Days of Our Lives!

Days of Our Lives viewers will remember that Sami’s been gone for a while – since right after EJ kicked her out of the DiMera mansion. She was going to Rafe Hernandez’s (Galen Gering) house and was kidnapped right at the front door. Gabi Hernandez (Camila Banus) later found her necklace but didn’t recognize it, and claimed it for her own. Any questions as to Sami’s whereabouts have been answered with a vague reference to her needing some space.

Days of Our Lives viewers will recall that Johnny DiMera (Carson Boatman) has been trying to reach his mother – to no avail. He did receive what appeared to be a call from her but it was unintelligible and the line dropped quickly. He has been trying to contact her about the movie he’s trying to make, which was going to be a biopic of her life using Will Horton’s (Chandler Massey) script, but lately, the focus has been more on his grandmother Marlena Evans’ (Deidre Hall) past demonic possession.

Days of Our Lives viewers will recall that Allie Horton (Lindsay Arnold) has been starting to worry a little bit about her mother, and Johnny may be starting to worry as well. They may even contact Will to see if he has heard anything from her lately, and that will probably lead to questions for Lucas. EJ has merely said “Samantha” wanted some space, and to be left alone, but Days of Our Lives viewers suspect that he is probably behind the kidnapping. 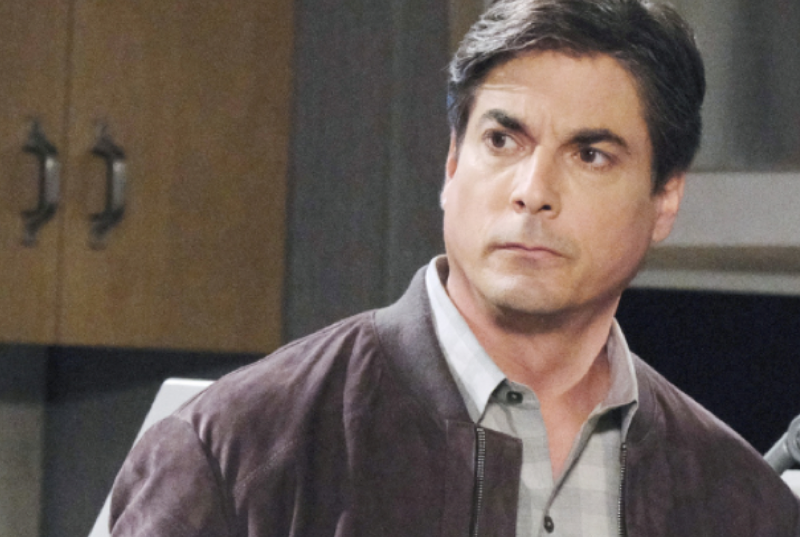 Johnny recently made a remark in connection to his movie plans to Tony DiMera (Thaao Penghlis) that he couldn’t contact Kristen DiMera (Stacy Haiduk) either, but Tony said that was just as well. It is unlikely that Kristen has Sami, but EJ could have made that happen. Viewers will recall that Sami was grabbed by a man dressed in black and his face covered. It could have been EJ himself in disguise!

Days of Our Lives viewers know that when Lucas realizes that Sami is not just taking space but is missing, he is going to want answers, and EJ is the first person he’ll go to for them! Lucas knows that EJ can be cold, cruel, and controlling, and he would not be surprised if EJ just made Sami disappear! EJ will of course deny, deny, deny and the two of them will get into a tense encounter over Lucas’ questions! Lucas isn’t afraid of EJ, even though the two would be pretty poorly matched were they in a boxing match!

EJ’s a much bigger guy than Lucas, and he can hold his own in a fistfight as Xander Cook (Paul Telfer) recently found out the hard way! Lucas will likely bring the police into the matter, as he knows that Sami’s lack of communication is not normal. Sami would want to keep in touch with her children and even they cannot contact her or get her to call back! EJ may find himself in another confrontation with Roman Brady (Josh Taylor) and Rafe Hernandez after being confronted by Lucas if he doesn’t give him answers that make sense!

The Young And The Restless (Y&R) Spoilers: Jack And Phyllis End Up In A Compromising Situation?