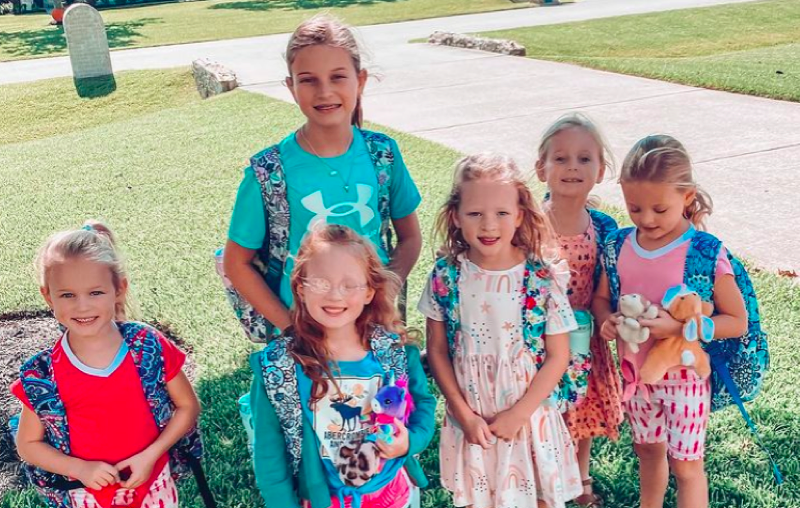 OutDaughtered fans see that the Busby quints grow up so fast these days. At six years old, they each show more of their individual personalities. Plus, they seem way more independent than they were. In fact this week, they each opted for their own clothing and decided they didn’t want to twin with their outfits. Plus, they took new steps that are a part of growing up into big girls.

OutDaughtered – The Busby Quints All Dressed The Same Recently

This weekend, Danielle dressed the quints in the same tee shirts and shorts. It came when they went to celebrate National Daughters Day. Danielle shared that they took the kids to the Bayou open range zoo. Fans often see the quints dressed the same and they like that they twin with their outfits. However these days, it seems they prefer to choose their own clothing.

Actually, now that the OutDaughtered quints all attend the same school as their big sister Blayke, they seem more confident and independent than ever. Now in Grade 1, Riley decided that she is perfectly capable of preparing her own lunch for school. Giving the school lunches the thumbs down, she prepared a nutritious and delicious-looking lunch all by herself. Now, all the quotes declared a bit more independence.

On Monday, September 27, Danielle Busby took to her Instagram and revealed that that quints opted for something different. In fact, they all dressed in their own choices. Hazel, Riley, and one of the twins opted for shorts. Meanwhile, Parker chose a dress. All of the kids chose their own stuff. In her caption, Danielle wrote, “checkout those outfits. 😳🤣 THATS what happens when they pick their own clothes. So funny. And interesting.”

OutDaughtered fans rather liked that the Busby quints chose their own individual outfits. One TLC fan commented, “I love seeing their differences ❤️.” Then another fan wrote, “I think they don’t want to dress the same clothes, I prefer like this.” However, some fans backed Danielle; pointing out that at the age of six, it’s probably “easier” to dress them all the same. 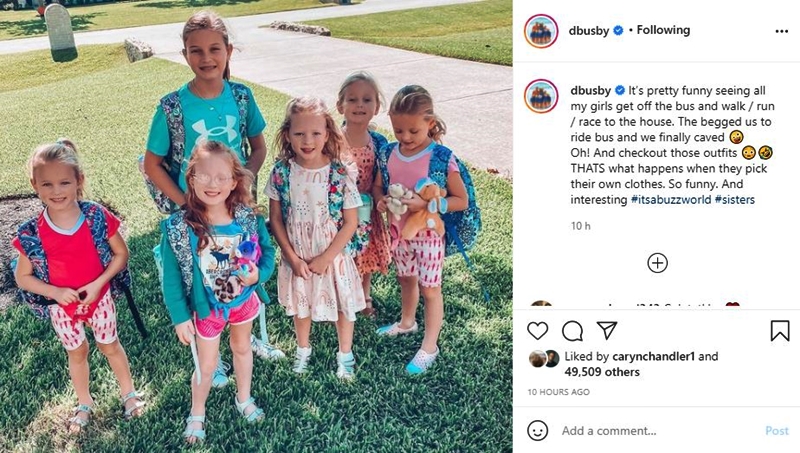 In the post, Danielle told her fans that the kids wanted to ride the bus home from school. She said, “It’s pretty funny seeing all my girls get off the bus and walk/run/race to the house. [They] begged us to ride [the] bus and we finally caved .”

For their mom, it must feel like the Busby quints shoot up and grow up so very fast these days. Meanwhile, TLC fans love to see how each child reveals their personality when they choose their own clothes. Plus, it’s rather sweet to see Blayke taking care of her sisters on the bus.

Days Of Our Lives (DOOL) Spoilers: EJ And Lucas Have A TENSE Encounter