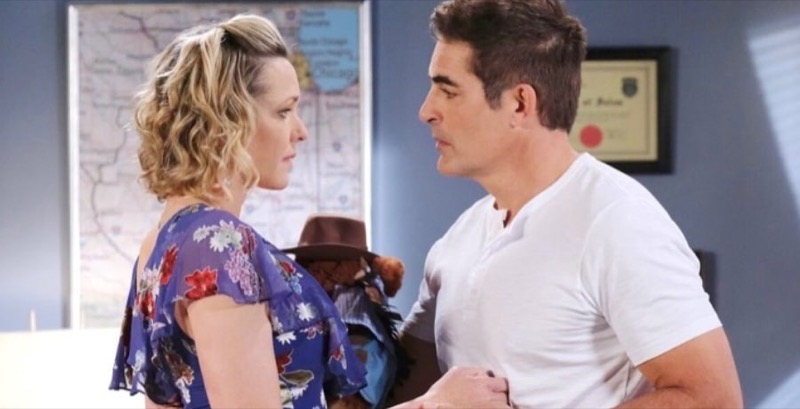 Days of Our Lives (DOOL) spoilers and updates tease that Rafe Hernandez (Galen Gering) and Nicole Walker (Arianne Zucker) will impulsively make love, but immediately regret it in an upcoming episode of Days of Our Lives!

Days of Our Lives viewers know that the sexual tension between Rafe and Nicole has been building up for months, even though they both have tried to hide it. Neither Rafe nor Nicole wanted to hurt Ava Vitali, (Tamara Braun) who is Rafe’s girlfriend and Nicole’s friend as well. It is a very impulsive act, but Days of Our Lives viewers have noted that it wouldn’t take very much to set it off! Rafe and Nicole’s attraction to each other has been like a slow-burning fuse! Thanks to some possible mistakes on Ava’s part, Rafe will re-examine the state of their relationship with each other, and that sets the stage!

Days of Our Lives viewers will recall that Rafe has been busy questioning Jake DiMera (Brandon Barash) about the shooting of Abe Carver (James Reynolds). Rafe finally makes it over to Salem University Hospital to visit Abe, who as Days of Our Lives viewers will recall, barely made it! Abe stepped into the afterlife and came back after Lexie Carver (uncredited actress) sent him back, telling him it wasn’t his time. Rafe arrives to visit Abe at the same time Nicole is there, and Rafe tells Nicole about Ava’s possible involvement in Abe’s shooting, assumed because of her past in the mob and relation to Carmine Merlino (Richie Stephens). Rafe knows from his questioning of Jake about Philip Kiriakis’ (Jay Kenneth Johnson) role in Carmine accusing him of the murder of Jed Zanetti (uncast character) and Philip and Ava previously worked together!

Days of Our Lives viewers know that Rafe is trying to trust Ava, but at this particular moment, it’s not working. Rafe questions how Philip would know about Carmine, and it has to be from Ava! It’s been bothering Rafe in the back of his mind, as Days of Our Lives viewers undoubtedly know. Ava appears to have been trying to walk the straight and narrow and rebuild her life out of the mob, but it’s still a huge conflict for Rafe as the police commissioner reconciling his having a romantic relationship with a former mob boss! Rafe leaves the hospital to go home and talk to Ava about if she could possibly be connected to Carmine’s appearance in Salem, and finds him dead on his kitchen floor! 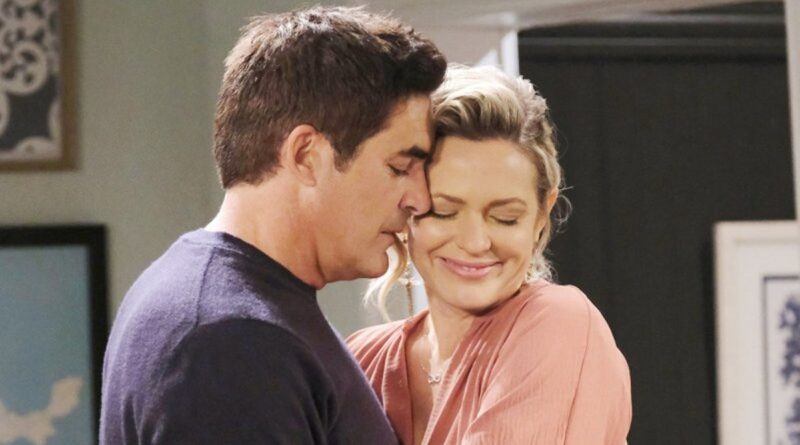 Days of Our Lives viewers know that Rafe is too close to the situation to do the murder investigation himself so he calls Eli Grant (Lamon Archey) to the scene. Rafe feels like he can confide in Eli, and he knows that Carmine once worked for the Vitali family. Days of Our Lives viewers will see him talking to Eli about the possibility that Ava could be indirectly involved in Abe’s shooting since he knows that Carmine was the one who shot Abe. The only reason Carmine would have been in Rafe’s house would be because of Ava, whether she wanted him there or not! If Ava had killed Carmine in self-defense, would she not trust Rafe enough by now to call and tell him about it, or call 911 or something?

Days of Our Lives viewers will see Ava come home as Carmine’s body is being hauled away, and Eli takes her to the station for questioning. Later, Nicole calls Rafe and tells him there is an emergency and she needs to talk to him. He heads over to Basic Black, where Nicole is at the time. Days of Our Lives viewers will see Nicole and Rafe discuss everything that happened that night that constituted Nicole’s emergency, and then Nicole tells him to go home to Ava, who of course is at the SPD by this time. Rafe shocks Nicole by telling her his true feelings for her and that he’s tired of hiding them! In the back of his mind is that Ava will be the one who shot Carmine, as he pulls Nicole into a passionate kiss! They make mad, passionate love on the conference table at Basic Black, but afterward, both realize how much it complicates things! Both Nicole and Rafe immediately regret giving into their passions, but it is Rafe who is more conflicted!