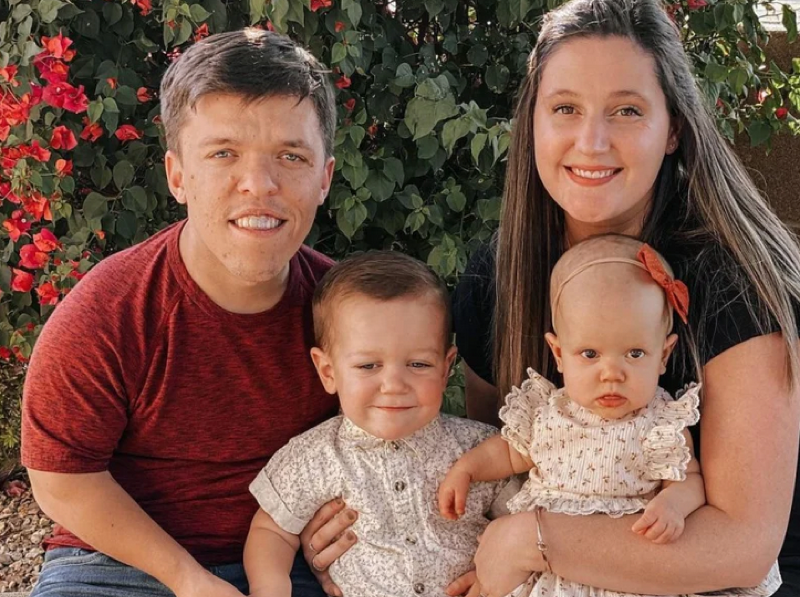 Little People Big World fans heard that Tori and Zach Roloff relocated to Washington. No longer in Oregon, they at least live not too far from their old home. So, presumably, Matt and Amy will still see Jackson and Lilah regularly. Finally, Zach started sharing some photos of their new life.

Tori and Zach were probably the last people that TLC fans expected to leave Oregon. After all, he helped his dad run the Roloff Farms for a long time. In the last season of the show, fans saw that the question of who’d live there and manage the place was raised. Well, it turns out that it isn’t Zach. For a while, folks thought that maybe Isabel and Jacob might buy the farm. However, in a cryptic message, she suggested they didn’t plan on that.

Since Zach and Tori Roloff moved, Little People, Big World fans waited impatiently for photos. Well, Tori said they’ll come along, but obviously, she works on settling in at the moment. So far, Zach shared the most clips and videos. Fans also saw some photos of the kids posing in their Halloween costumes, Now, Zach took to his Instagram and dumped a handful of photos,

Tori might hold back on revealing too much at the moment. After all, their move might feature in a new season of the show. In fact, she reassured fans that they will be filming. In his post on Wednesday, November 3, Zach wrote, “Hey so if you haven’t heard from tori’s @toriroloff insta we moved up north to Washington! Here [are] some pictures from [the] last few weeks.”

As you can see, one photo revealed Jackson and Lilah next to a huge camera, so obviously, the film for Little People, Big World. In the comments section of the post, some fans pleaded to know when the show returns. Well, for now, it looks like they need to wait. There’s a lot to tell about Zach and Tori moving. Plus, spoilers arrived that Chris Marek might help with the farm. Jacob and Isabel expect their baby, as does Audrey.

Little People, Big World fans discussed a few things, and those who were not sure where the family moved to were put in the picture by other fans. Another fan commented, “I just LOVE you & your beautiful, sweet family so much! I sure hope you all are still on the show !!? ❤❤💙💙.”