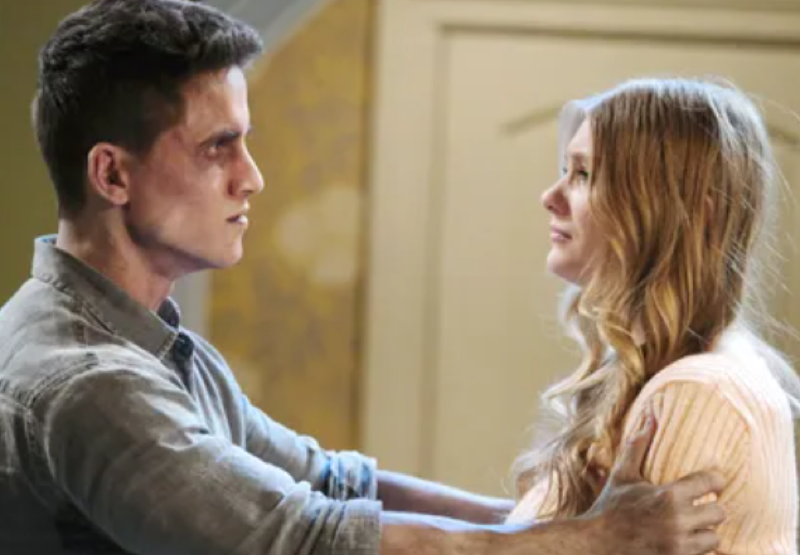 Days of Our Lives (DOOL) spoilers and updates tease that Ava Vitale (Tamara Braun) is in a world of trouble. Although she claimed to have left her mob days behind, that didn’t stop her from conspiring with Phillip Kiriakis (Jay Kenneth Johnson) to frame Jake DiMera (Brandon Barash) for murder. But the true killer was Carmine Merlino (Richie Stevens). Jake requested Carmine meet him in Salem. Things took a turn, and Abe Carver (James Reynolds) was shot after Carmine took Jake’s gun. While Jake was arrested, Carmine had to lie low.

Carmine wasn’t pleased and confronted Ava at Rafe Hernandes’ (Galen Gering) house. Carmine insisted that Ava got him into that mess, and when she refused to help him, he threatened to kill her. But luckily for Ava, a possessed Dr. Marlena Evans (Deidre Hall) decided to raise Charlie Dale (Mike Manning) from the dead. Charlie, now walking among the living, arrived at Rafe’s just in time to kill Carmine. He would have killed Ava, his own mother next, but she ran off leaving Carmine’s corpse for Rafe to find.

Days Of Our Lives Updates – Ava Vitale Will Be Blamed For Carmine Merlino’s Death!

Things are going to look very bad for Ava. She admitted she was there when Carmine was murdered. But her claim that her deceased son Charlie was the one who killed Carmine will be a tough sell to police. If they look at the evidence, the police will have no choice but to arrest Ava, Her insistence that her dead son is the actual culprit may lead to an insanity plea. But luckily, Ava wasn’t the only one who saw dead people that night! 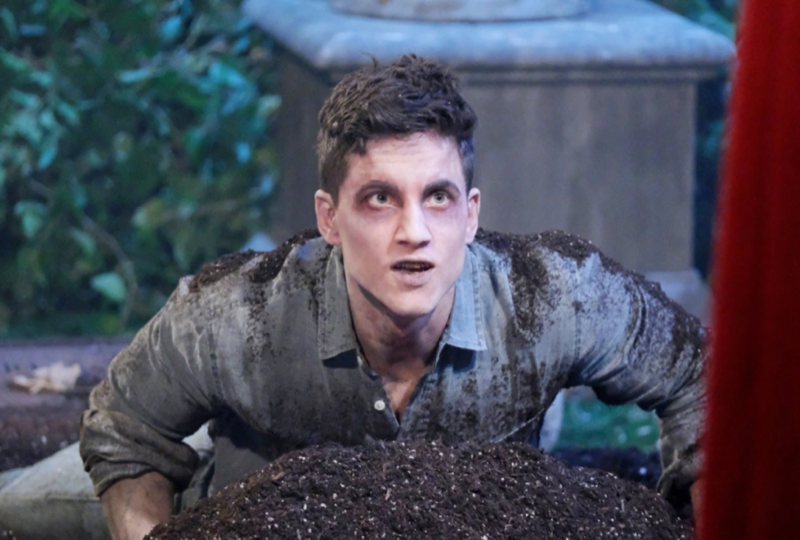 Days Of Our Lives Spoilers – Tripp Dalton And Allie Horton Will Be Able To Back Ava Vitale Up!

Luckily for Ava, Charlie also attacked Allie Horton (Lindsay Arnold) and Tripp Dalton (Lucas Adams) also saw Charlie. So as impossible as it sounds to the authorities, they may have no choice but to believe Ava’s bizarre tale. So while Charlie will be sent back to hell, Ava may get off scot-free. She still is responsible for Carmine’s presence in Salem, but she didn’t kill him.

Days Of Our Lives Updates – What do you think?

Will anyone believe Ava’s strange story? Will Tripp and Allie survive their own encounter with Charlie? Can they help Ava prove her innocence. Literally anything can happen in Salem, so stay tuned to Days of Our Lives airing weekdays on NBC. And don’t forget to check back right here regularly for all your Days of Our Lives news, information and spoilers!

Days Of Our Lives Spoilers: Sami DiMera Connives To Fool Her Guard And Plot Her…

Days of Our Lives (DOOL) Spoilers: Marlena Determined To Save John Even If She Must…