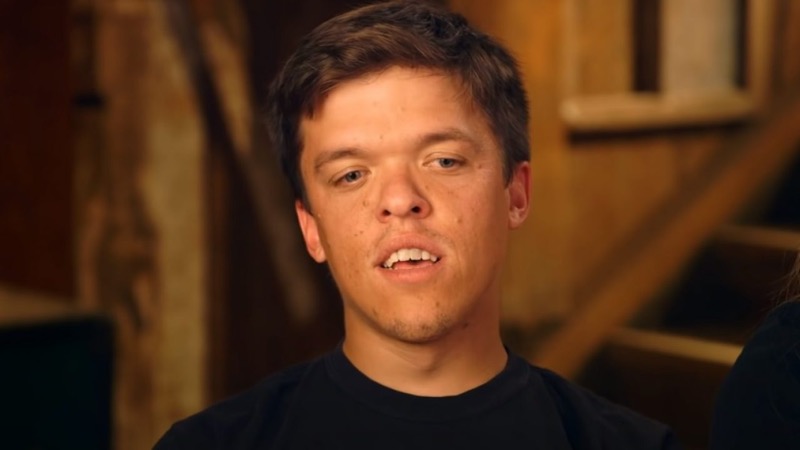 Little People, Big World (LPBW) star Zach Roloff was never as prolific as his wife Tori on social media. But these days, he seems particularly silent on Instagram. Is he okay? TLC fans might fear that something is stressing him right now. After all, when they moved to Washington, he was quite active in his stories. But that seems to have fallen away recently.

During Pumpkin Season in October, Tori revealed that she and  Zach, their dog Murphy, and Jackson and Lilah relocated to Washington. Well, they also announced that Tori expects a rainbow baby this spring. Initially, Zach seemed keen to share about their new property in the countryside. So, he dumped clips and photos of himself out and about with Jackson. However, one of those ghastly obituary announcements arrived that he died back in December Well, we can assure you that he isn’t dead, given that he appeared in a maternity shoot with Tori and the kids recently.

LPBW fans saw that Zech looked thrilled to be a dad for the third time when Tori revealed her series of maternity shots. Well, he looked happy enough about the third child. He shared the news on his main Instagram page in November last year. And, apart from the occasional story, that’s the last time that TLC fans saw him on his account. In the past, he didn’t post thousands of photos, but he regularly put about two or three posts each month. So, what changed?

These days, even Tori doesn’t share as many photos of Zach as she did in the past. Of course, that makes fans wonder if there’s a problem. Well, Tori is still settling into her new home. Plus, she shops for her new baby. Meanwhile, she keeps an eye on the two little kids. Possibly, she is just not finding the time to hang out with Zach every minute of the day right now. Bear in mind, she is getting quite advanced in her pregnancy at the moment. Fans do know that Zach is around, as she shared that he made a chicken coop and looks after them.

LPBW fans don’t actually know what Zach does to earn a living these days. Recall, he helped his dad Matt run the pumpkin farm in Oregon. However, the property they live on now seemed rather undeveloped. So possibly, he’s busy working to make it at least supplement the food on their table. It’s unlikely that he can call on any farmhands to help him out with any new projects. So, hopefully, he breaks his long since soon and updates TLC fans on what’s going on with him.

Will Fans See Zach, Tori, And The Kids In A New Season?

LPBW fans worried that they might never again see the kids and Tori on the show alongside Zach. The move came out of the blue and really alarmed a lot of fans. Well, one photo that fans did see by Zach revealed the kids with a big camera. And, Tori assured fans that they continue to film for the show.