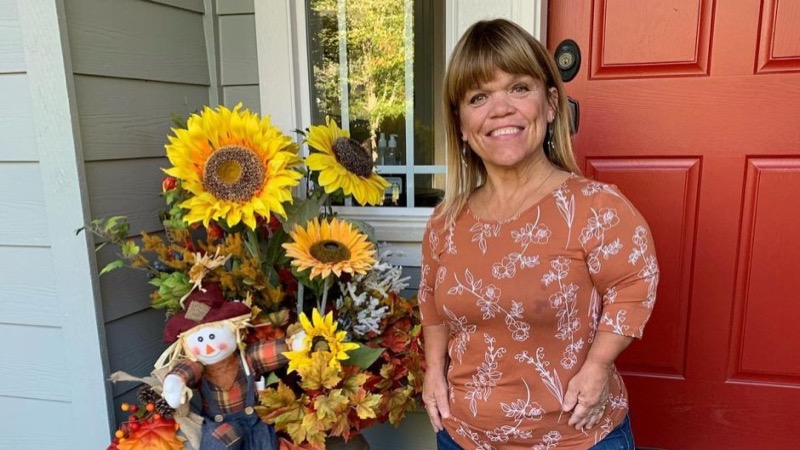 Little People, Big World fans heard that Tori and Zach Roloff moved to Washington quite unexpectedly. Nowadays, they live at least 50 minutes drive away from their old home in Oregon. Rumors and speculation followed that perhaps they clashed with Matt and Amy Roloff. Well, Amy Roloff talked about the move, and it’s not clear that TLC fans will buy her version of it.

As the family suddenly moved, it took fans by surprise. Recently, Zach revealed some clips and photos on his Instagram stories. He showed Jackson out exploring with his dad. The property, located in the countryside of  Battle Ground, Washington, isn’t that far away from Portland. However, fans worried about two things. Would Matt and Amy cope with not seeing the grandchildren, Lilah and Jackson all the time? Plus, folks worried that the couple might stop filming for the TLC show.

Tori Roloff doesn’t share much about their new home, so fans suspect she might keep it quiet for the next season of Little People, Big World. At least some cute photos of the kids emerged on Halloween. Still, everyone wonders why they left Oregon. After all, at one stage, Zach seemed keen to manage the farm. Recall, last season, the show covered their dilemma. A few things that Tori said made folks suspect there might be a clash with Matt and Amy.

Amy Roloff spoke with US Weekly about her upcoming wedding special. At the time, she also mentioned the reason why Tori and Zach left Oregon. Obviously,  she feels a bit sad as it means planning to see the grandchildren. However, she said that they moved because for so long, they did something too “similar” with their daily lives. So, they merely moved to get out of a rut. Hmmm!! really? Skeptics might not buy into that.

Monsters and Critics previously reminded Little People, Big World fans what went down on the last season of the show. The outlet noted that she talked about not moving onto the farm permanently. At the time, Tori said, “I’m trying to navigate how to co-exist with my in-laws.” She didn’t navigate the family as well as Zach. So, she said, “I’m not in a rush to, like, do anything right now, just because I don’t want to ruin any relationship.”

Tori Clearly Did Do Something

The Little People, Big World mom obviously did something as it doesn’t take three seconds to up sticks and move away. Do you buy that they just wanted to get out of a rut, when Tori hinted that she had some issues with her inlaws? Does she hope that absence makes the heart grow fonder?

What are your thoughts on the move? Sound off in the comments below.