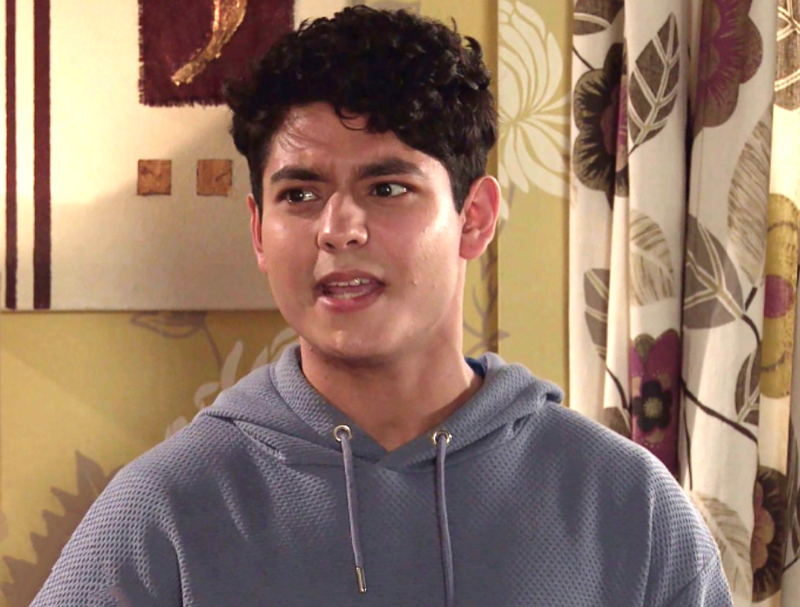 Coronation Street spoilers and updates tease that Aadi Alahan (Adam Hussain) will continue to struggle in upcoming episodes. Viewers have seen that things are not going great for Aadi since the events of Super Soap Week. As Aadi has been struggling with the idea that his dad, Dev (Jimmi Harkishin). Left him in the car to save his sister in the process. However, it seems that will run into more problems in upcoming episodes with both the accident and his relationships.

Coronation Street Spoilers – Aadi is Honest About The Accident

Dev and Aadi are set to have a conversation about the accident in upcoming episodes. Aadi has shown that he is not happy with Dev’s actions during the accident and feels that he will always come second to Asha (Tanisha Gorey). However, Dev does not realize that he is feeling that way. 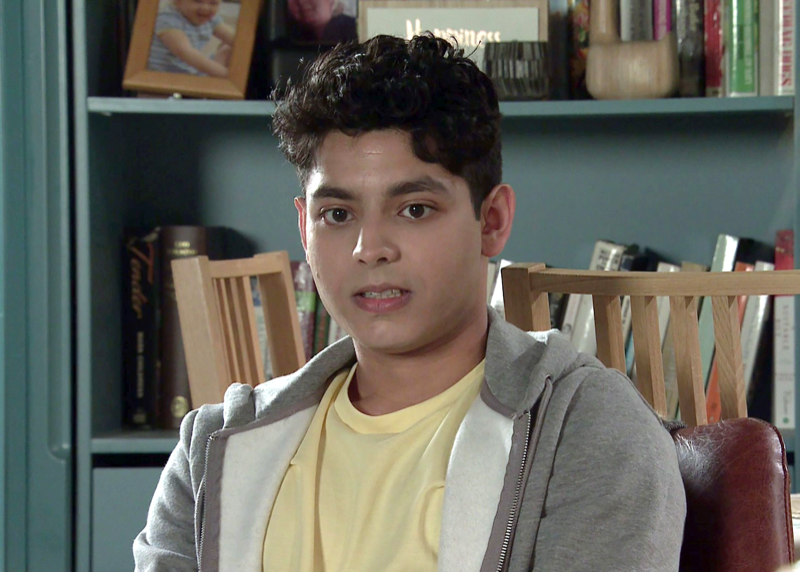 However, it seems that in upcoming episodes, Dev will learn how Aadi really feels after Aadi feels that he is coming in second place again. Instead of being able to go to London, Dev makes Aadi the general manager of the three shops. Aadi is happy with this but soon hears from Bernie that the only reason he got the job is that Dev can not help him move to London since he is spending his money on Asha. This leads Aadi to tell Dev that he remembers the events of the accident and complains to Asha and Dev about how he is always second to Asha.

Aadi will also find himself in the middle of Kelly’s storyline. Kelly (Millie Gibson) is set to be released next week and will find herself being blamed for damaging Dev’s car. She has an alibi as she was not in Weatherfield but her friendlies about not being with her which makes her look like she’s lying. Her friend confronts her because he was up to some dodgy stuff when they left Weatherfield that day and doesn’t like that she brought attention his way. Aadi will find him in the middle of this storyline as well. What will this mean for him?

The Bold And The Beautiful (B&B) Spoilers: Hope Has Some Words For Ridge And Brooke