The talking mouth is none other than Meghan’s self-professed “soul mate” Omid Scobie. He goes on the record in a new documentary to claim that it was, “no coincidence,” that William’s aides began a campaign against him after he allegedly confirmed the rumor of an estrangement.

In 2019 Harry told ITV’s Tom Bradby that he and his brother, “were on different paths.”

Prince Harry returned today to LA from the UK where he couldn’t leave fast enough after the unveiling of his late mother Princess Diana’s memorial statue. There is nothing to report about that since Hollywood Harry has kept his trash-talking mouth shut since landing at LAX, but the pictures reveal that Harry is the type to let the hired help carry his bags for him. Which makes sense since insider Scobie has always been at the ready to defend the Markle’s.

According to the Daily Mail, Scobie Doo proclaims, “that reports saying William was ‘worried about Harry’s mental health’ were deliberately planted by his staff – and sowed the seeds for further division between the pair.” Why would William do that–Harry himself has been open about his mental health challenges. 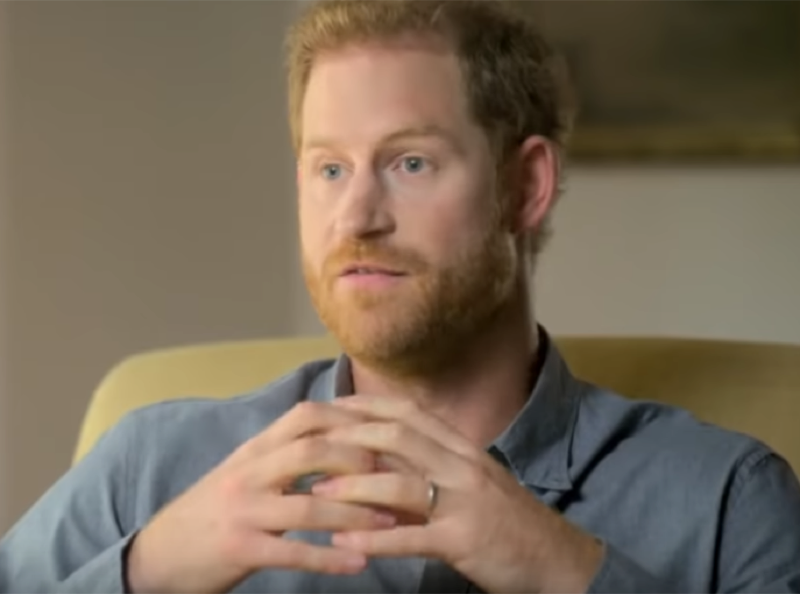 As the outlet notes “Scobie did not provide evidence to support his claims that palace aides or anyone connected to William were responsible for the alleged briefings,” but still the erstwhile fellow clacked, “I would say that it was no coincidence that it was shortly after that aired, even the next day, there were source quotes that came from a senior aide at Kensington Palace saying that William was worried about his brother’s mental health.”

Royal Family News: Prince Harry Is Back In LA

He went on to say, “That fed off such an ugly thing for Harry and it did not go unnoticed. Now whether William directed that or not, no one will ever know, but it came from his household that he is the boss of.” Like a boss, Scobie is always there to defend his royal friends, whether he has backup or not—who needs evidence when one can “plant” stories, just as he suggests? Et, tu Scobie Doo?

The ITV documentary is titled Harry & William: What Went Wrong? and additionally Scobie claims, “Meghan came in driven and ready to work and that immediately ruffled feathers. She’s a woman well into her 30s: I think she’s proven to herself and the people she’s worked with up until that point that she knows what she’s doing.”

“She was certainly not someone who was going to change herself just to please the people around her. I felt they also had to be reminded: “You’re not the stars of the show here. There is a hierarchy and you don’t come very high in it.’” Enough said.