British royal family news reveals that it’s been a while since Prince Andrews’ friendship with the shamed Jeffrey Epstein leaked out into the world, and since then the royal couldn’t really walk in public without his shadow glaring up at him. He massively fell out of people’s favor, tried to redeem himself with a BBC interview but it backfired, leading him to step down from his role as a working royal. Now, Prince Charles’ little brother is steadily losing his titles to his elder brother Charles.

In 2019, Prince Andrews was found to have ties with the late sex offender Jeffrey Epstein who later died in prison. At the time, his relationship with Epstein was scrutinized and it turned the public’s opinion of him sour.

At first, he tried to ignore the news going on about him, but as it grew in strength instead of dwindling out like he might have hoped, he decided to write out the wrongs he perceived were being done to him by appearing in an interview with BBC Newsnight, where he defended his relationship with Epstein. Little did he know that he was sealing his fate instead of freeing it because it quickly backfired. After a discussion with The Queen and Prince Charles, Prince Andrews announced that he would be stepping down as a working royal. 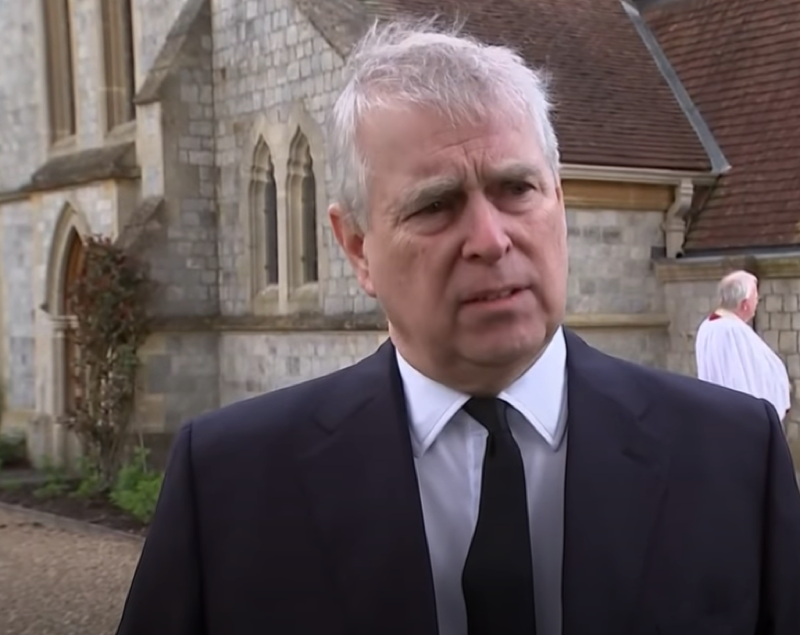 “It has become clear to me over the last few days that the circumstances relating to my former association with Jeffrey Epstein have become a major disruption to my family’s work and the valuable work going on in the many organizations and charities that I am proud to support,” his statement read. “Therefore, I have asked Her Majesty if I may step back from public duties for the foreseeable future, and she has given her permission.”

Since then, he’s avoided public events at all costs and has tried to keep his life very private, even missing his daughter Princess Beatrice’s wedding in 2020. In turn, the royal family has tried their best to keep his name out of official statements.

Reportedly, Prince Andrews had hoped that his father’s passing would have made people forgive him for his former conduct and shared a short tribute in honor of his departed father. “We’ve lost almost the grandfather of the nation,” he said. His first public speech after his public withdrawal was done ahead of his grandfather’s funeral.

The Royal Philharmonic Orchestra recently welcomed the 72-year-old Prince as their new patron.

“The Royal Philharmonic Orchestra is delighted to announce that The Prince of Wales has accepted an invitation to become the Orchestra’s Patron,” they announced on Tuesday. “The Prince of Wales has a life-long association with the Arts. During the pandemic His Royal Highness spoke about the importance of protecting the Arts, stressing their enormous importance to life in the UK and to the economy.”

Noticeably, there was no mention of Prince Andrews in the statement.

This is not the first time that Prince Charles took royal patronage from his brother Prince Andrews, 61, as he had formerly taken the patron of York Minster cathedral in 2020. It was done quietly with no official announcement, but the royal family website updated their patronages.