British Royal family news reveals that for anyone imagining how life turned out for the couple whose expensive royal wedding drew an impressive 50 million viewers from the U.K. and U.S. alone, the said couple wants you to know that they’ve got three adorable kids and they’re really just enjoying life and their love for one another.

The Duke and Duchess of Cambridge celebrated ten years since the very day they walked down the aisle of Westminster Abbey under the watchful eyes of millions with some sweet pictures of themselves and a family video.

A lot has happened in ten years for the royals celebrating their “tin” anniversary this Thursday. They’ve welcomed three children: Prince George, 7, Princess Charlotte, who will be 6 on Sunday, and Prince Louis, who celebrated his third birthday last week. Kate has grown from a blushing bride to a queen-in-the-making and Prince William, the most popular royal according to a recent YouGov popularity poll, is handling his royal responsibilities with untiring dexterity. 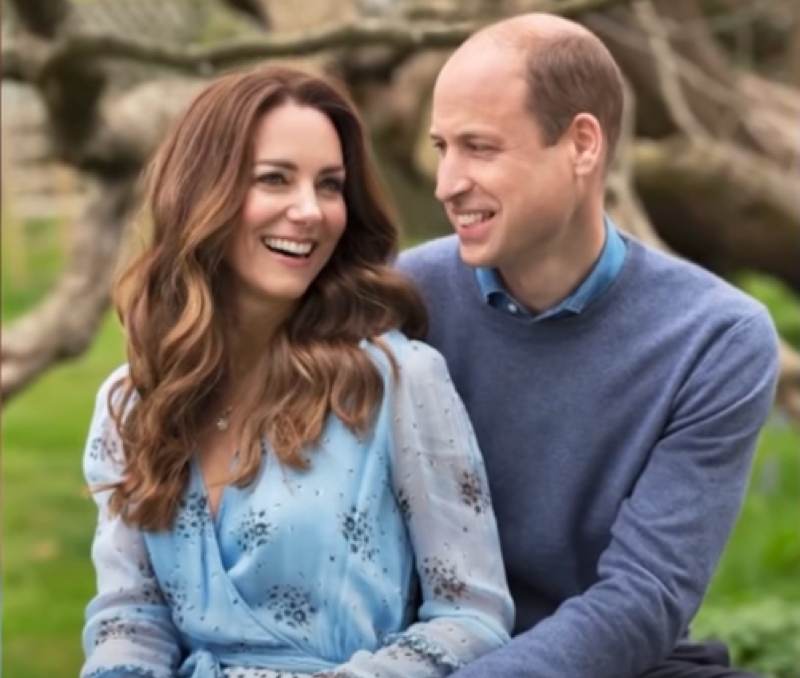 The Cambridges celebrated their wedding anniversary by sharing a video that captured the family having a good time. The footage, taken by Will Warr, was shot in autumn 2020 in Norfolk, where they have a country home.

The lovely video shows the family enjoying a great time in the woods, with the always-ready-with-the-cutest-smile Prince Louis laughing his stomach out in many of its scenes. The kids are also seen roasting marshmallows – just living the camping life to the fullest actually – around a fire.

While his younger siblings are busy entertaining themselves by running around, the future King, Prince George, smiles as he calmly walks hand in hand with his mother, Kate.

Kate, 39, and Prince William, 38, captioned the video with a little grateful message: “Thank you to everyone for the kind messages on our wedding anniversary. We are enormously grateful for the 10 years of support we have received in our lives as a family.”

They signed the message with their first name initials “W&C”.

The Duke and Duchess of Cambridge also marked their big 1 and O by sharing two new portraits that were taken at Kensington Palace this week by Photographer Chris Floyd. In one of those pictures, the couple holds hands as William smilingly gazes at Kate, who looks brilliant in a blue wrap dress.

In another of those shots, Kate rests on William as they both flash their beautiful radiant smile. Kate’s emerald ring is clearly seen on the hand she rests on William’s. The intimate photo is almost a duplicate of their 2010 engagement portrait.

The couple also received some love from other members of the royal family as they celebrated their wedding anniversary, most notably from The Queen, Prince Charles and Camila, Duchess of Cornwall.

The Bold And The Beautiful (B&B) Spoilers: Find Out Which Primetime TV Show Is Stealing Kiara Barnes!