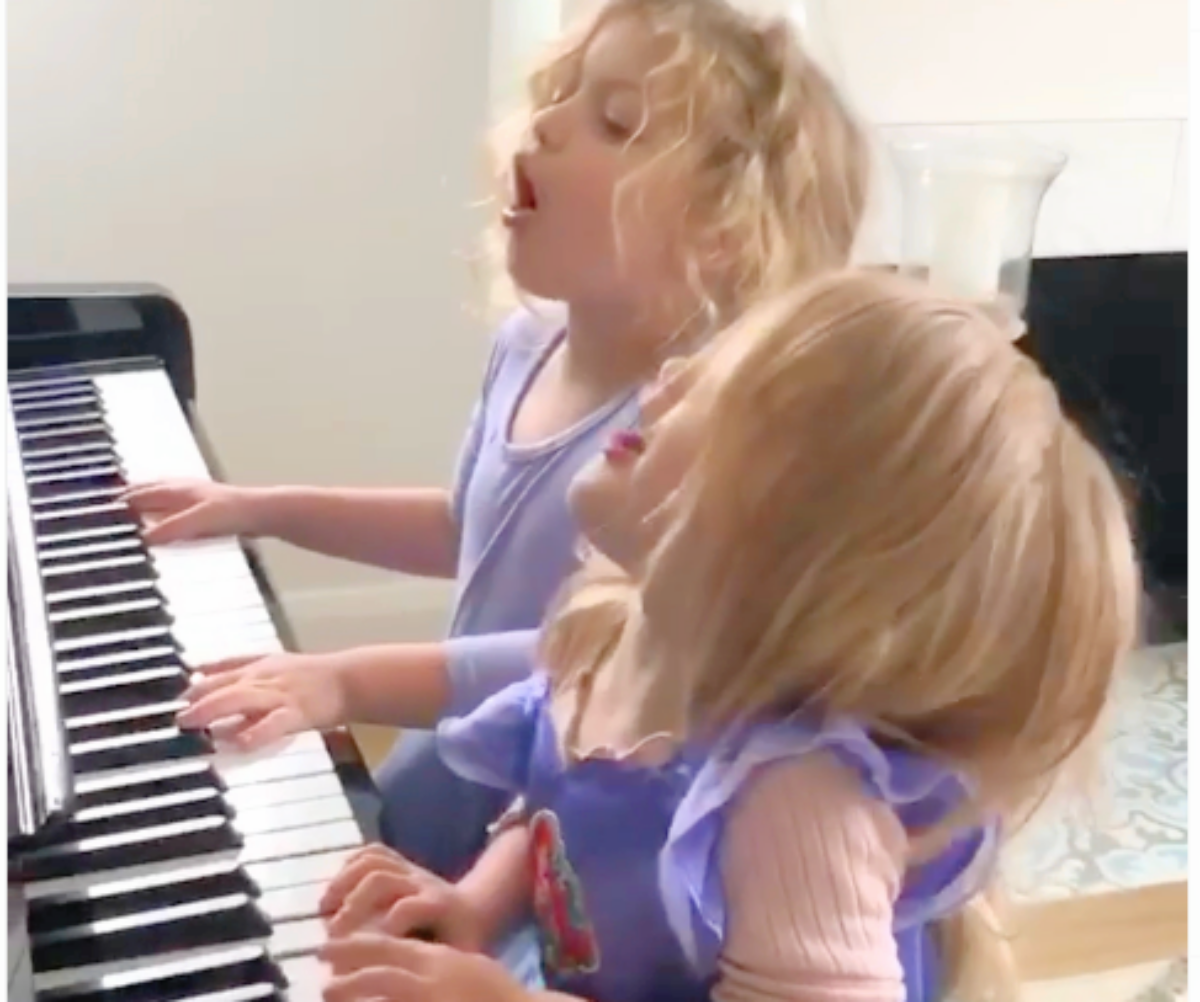 The Young and The Restless spoilers tease that Justin and Melissa Ordway Gaston’s two daughters, Sophie Jolie and Olivia Christine are the next hot sister singing duo (at least as far as the proud parents are concerned) playing piano and singing the song “Let It Go” from the Disney movie “Frozen” in a recent video they posted on Instagram. The two may not have been pitch perfect, but certainly sang the song with gusto!

The adorable duo of a three and nearly four year old sisters sit at a Yamaha acoustic piano and belt out their rendition of the song with gusto, as their mommy wrote, “The cutest cover of ‘Let It Go’ I’ve ever heard”! Actress Ashley Jones, who plays Bridget Forrester on The Young and The Restless’ sister soap, “The Bold and The Beautiful” wrote she’d buy tickets to that show!

Ashley has her own cutie Hayden Joel Henriks who is three years old. Ashley also has an older son named Huck. Melissa plays Abby Newman on The Young and The Restless while Justin Gaston played the first Ben Weston, then called Ben Rogers, on the NBC daytime drama “Days of Our Lives.”

Both “The Young and The Restless” and “The Bold and The Beautiful” air on the CBS network. Sophie is their natural child while her slightly older sister Olivia is adopted. Funny how so many parents who think they cannot conceive do so shortly after adopting a child!

More About The Parents

Here is a little more information about Olivia and Sophie’s parents; Justin Michael Gaston is an American singer-songwriter, model, and actor who was also a contestant on Nashville Star on season 6. He finished 10th overall out of 12 contestants. He portrayed the role of Ben Rogers on Days of Our Lives for less than four months in 2014. He also appeared on the magazine cover of Tetu in 2013.

Gaston was born in Pineville, Louisiana. He attended Pineville High School. He competed in track and field, finishing sixth in the pole vault at the 2005 Louisiana High School Athletic Association (LHSAA) 4A State Championship meet. Gaston achieved a height of 12′ 6″ in the competition and married Melissa Ordway on September 22, 2012.

Justin also appeared in several other movies and television roles including Deadly Sibling Rivalry, Escapee, Game Change, Ice Scream, The Concerto, Hollywood Miles, The Unauthorized Full House Story, Until We Meet Again , Beautifully Flawed, and Night Into Day. Melissa is probably best known recently for her appearances as Abby Newman on the CBS daytime drama, “The Young and The Restless” starting in 2013.

Stay tuned to The Young and The Restless, and keep checking Celebrity Baby Laundry for the latest news, updates and developments!