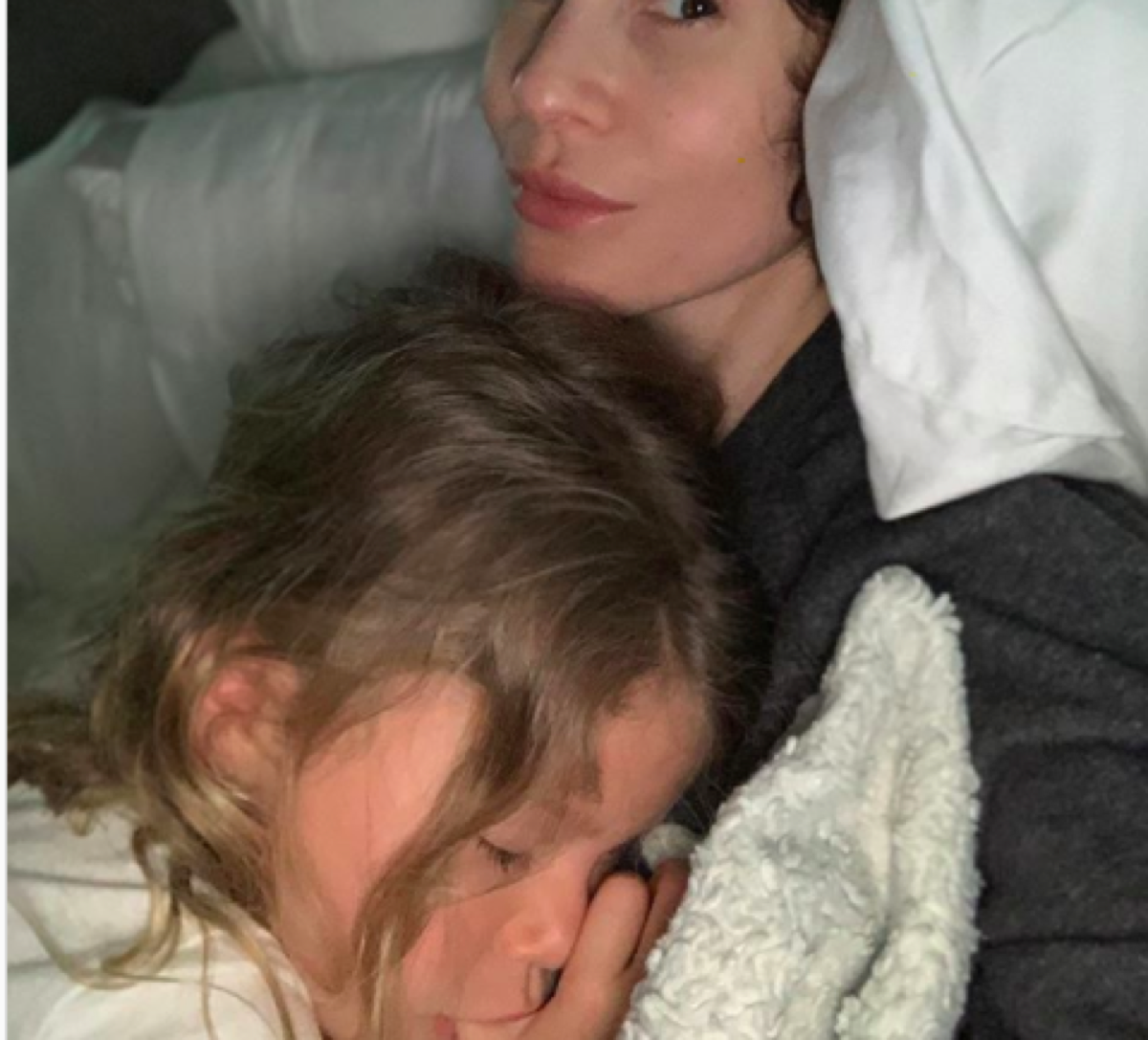 Days of Our Lives spoilers tease that actress Linsey Godfrey, who plays Dr. Sarah Horton on the daytime drama, recently shared a sweet photo of her daughter Aleda who had fallen asleep beside her in bed on Instagram.

Days Of Our Lives Spoilers: Lindsey Godfrey’s Daughter Falls Asleep On Her Lap

Linsey commented on the photo, “Quaran Nap” which of course would refer to the word “quarantine” also known as stay-at-home orders currently in place in California, as in nearly every state due to the coronavirus. Linsey may well be referring to the boredom of being stuck in the house all the time, and possibly not even being able to go out and play like her child usually would.

Little Aleda is snuggled up next to mommy with her thumb in her mouth. Linsey Godfrey and Robert Adamson’s daughter, Aleda Seren Adamson came into the world on June 12, 2014, when at the time they were engaged.

Days of Our Lives Spoilers: More About Linsey Godfrey And Robert Adamson

Born and raised in Stuart, Florida, Linsey Godfrey started acting in high school and was quickly signed up by a talent agency. In 2005, she moved to Los Angeles to try her luck auditioning. One of her first parts was a recurring role on the TV show Surface (2005). Godfrey’s career came to a sudden halt when she was diagnosed with Hodgkin’s lymphoma in 2006.

While cancer treatment was eventually successful, the therapy lasted seven months. Afterwards Godfrey returned to L.A. and scored guest roles on such shows like Cold Case (2003) and CSI: Miami (2002). Her big break didn’t come until 2012 though when she scored the prestigious role of Caroline Spencer on the daytime drama The Bold and the Beautiful (1987).

Tragedy struck again as the actress was injured in an automobile accident on February 2, 2015, after being struck by a moving car while walking on the sidewalk in Los Angeles. The real-life events were later incorporated into the series as her character experienced the same accident (off-screen).

From 2013 to 2015 Linsey Godfrey was in a relationship with and engaged to fellow actor Robert Adamson, Aleda’s birth father who plays Noah Newman on sister-show The Young and the Restless (1973). Robert Adamson was born on July 11, 1985 in Salt Lake City, Utah, USA as Robert Gillespie Adamson IV. He is an actor and producer, known for It’s Complicated (2009), Hollywood Heights (2012) and Jimmy (2015) in addition to his daytime drama work.

Stay tuned to Days of Our Lives, and keep checking Celebrity Baby Laundry for all the latest news, updates and developments!