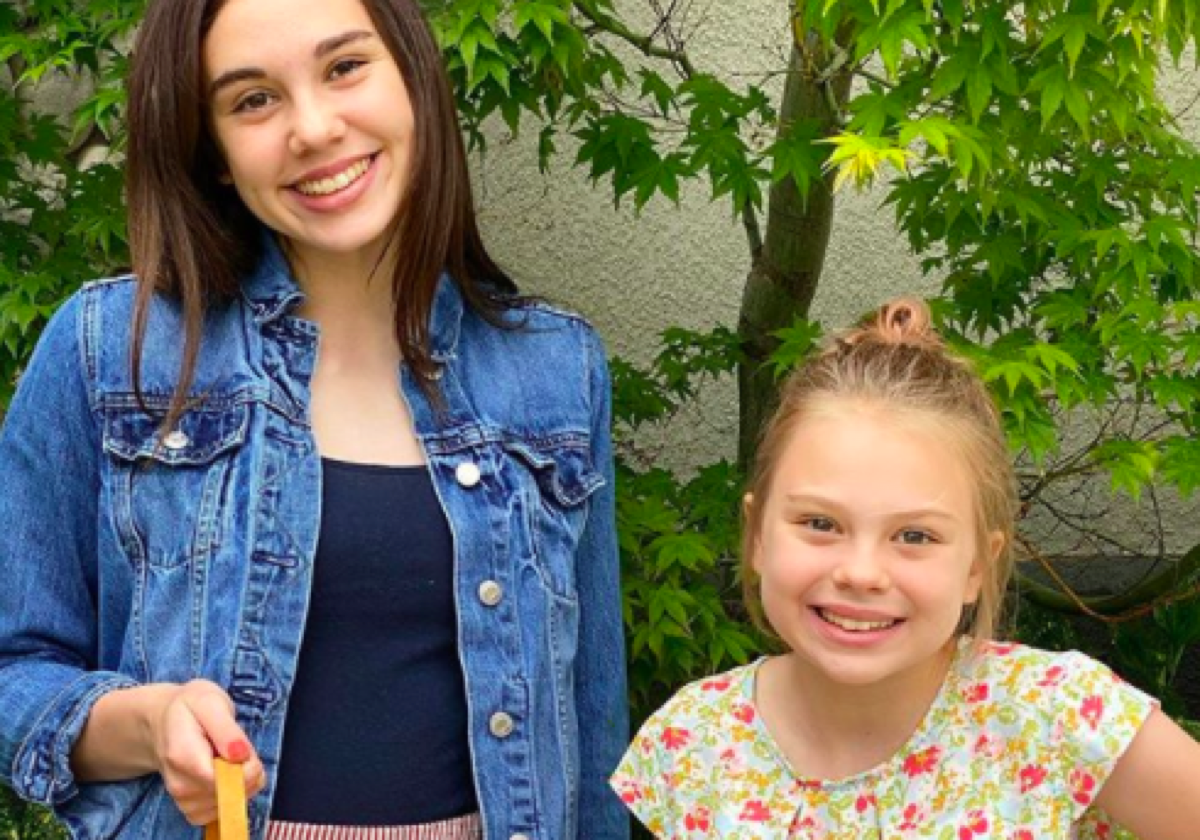 Ten year old Scarlett stands with her older sister Reagan Fernandez in the Instagram photo, both holding Easter baskets and wishing fans a Happy Easter. Scarlett, although best known as Charlotte in General Hospital has also played in a couple of other series in her very young career as an actress; she played in the 2016 Fox television series “Lethal Weapon” as Kate, and in the Showtime series “Shameless” as Jeni.

Upcoming storylines hold much drama for Scarlett’s GH character: Charlotte, the daughter of Valentin Cassadine (James Patrick Stuart) and Lulu Spencer (Emme Rylan); she began acting out aggressively at the age of eight, bullying some of her younger classmates including her cousin Aiden Webber (Jason David) and then, after she witnessed Valentin, her “papa” as she calls him throw Ava Jerome (Maura West) off a parapet and her uncle, Nikolas Cassadine (Marcus Coloma) rescue her, she started acting out even more aggressively.

A post shared by Scarlett Fernandez (@officialscarlettfernandez) on Apr 12, 2020 at 8:03pm PDT

She has also seen her ex-stepmother Nina Reeves (Cynthia Watros) who she was once close to reject the woman she thought was Nina’s daughter, Sasha Gilmore (Sofia Mattsson) and the two women’s hearts be broken, and subsequently cut up a photo of Sasha that had been on Nina’s desk, and drew a mustache on a sketch of Ava that was being worked on by Franco Baldwin (Roger Howarth).

She also heard her birth parents arguing over her custody, and that’s a lot for a little girl to endure in the short space of only six months or so! Now Lulu’s mother, Laura Collins (Genie Francis) has told Valentin that even though she believes he loves his daughter, that he is no good for her and seeks to wrest the little girl away from her “papa” whom she loves so much. Laura, of course is one of the most famous soap opera characters of all time, having played “Laura” of “Luke and Laura” meaning the super couple Luke and Laura Spencer, with Luke having been played by the legendary Anthony Geary.

Valentin recently found that his mother was Helena Cassadine (Constance Towers) which means Charlotte is Helena’s paternal granddaughter. Scarlett is quite proud to play the granddaughter of such legendary characters, although the character Helena is now deceased, and it’s doubtful Charlotte will share any scenes with her, she said of Genie Francis in a previous Instagram post, “Whenever anyone asks who I play on #GH, all I have to say is “Laura’s granddaughter” and I get all the oohs and ahhs!! I’ve said it so many times, but I’m super grateful to work and learn from amazing actors like Genie Francis!”

Stay tuned to General Hospital, and check Celebrity Baby Laundry frequently for all the latest news, updates and developments!