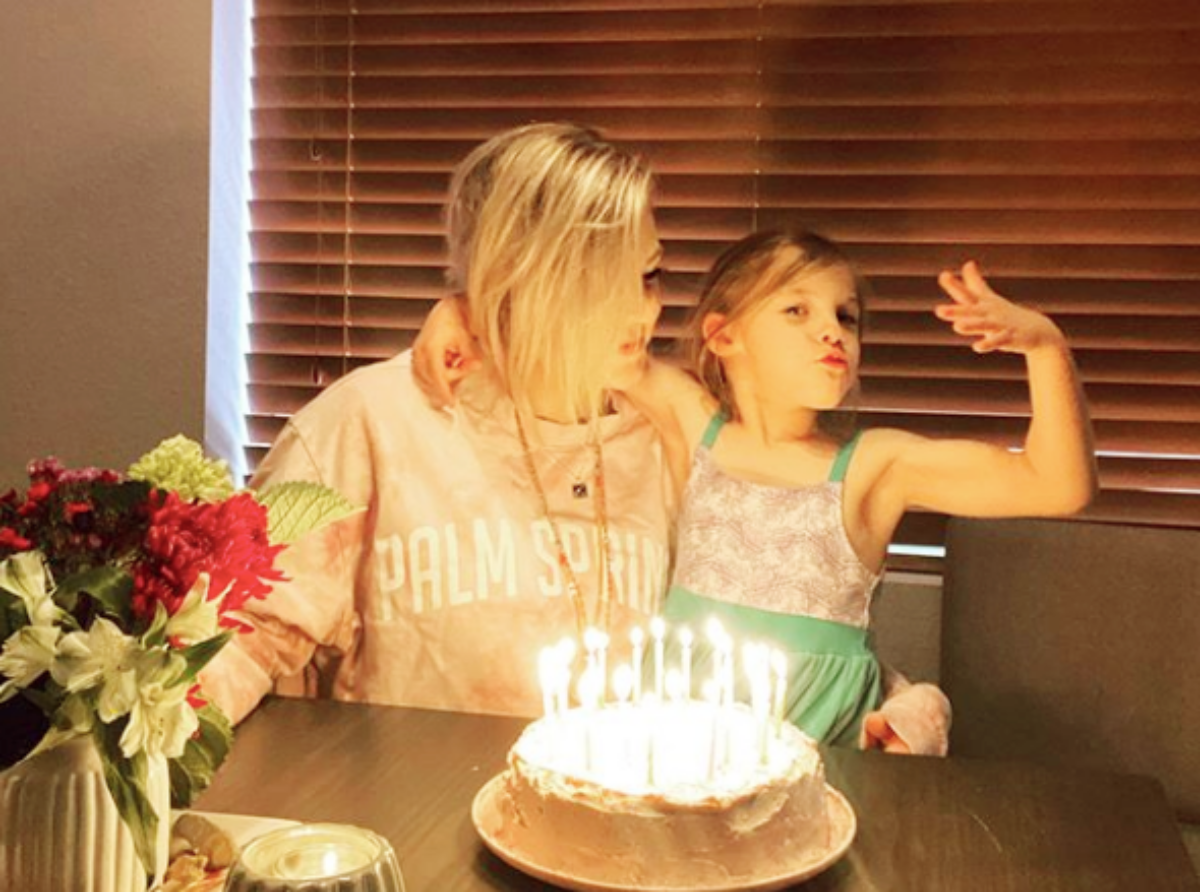 General Hospital spoilers tease that the quarantine didn’t stop Harper Rose Barash from having a birthday party for her mommy, Kirsten Storms! Kirsten posted a cute photo of herself and Harper and her birthday cake recently on Instagram. Kirsten’s birthday was April 8.

Kirsten and Harper Rose had what Kirsten cleverly referred to as a “quarantea” party complete with cake, and some gifts that Harper Rose’s daddy, Brandon Barash supplied in behalf of his daughter. Kirsten noted, “Quarantine didn’t ruin my birthday in the least. Our QuaranTEA party was so cute.

Thanks for all of the birthday wishes and posts! Thank you to @littlestorms for being the best sister I could ever hope for and to Harper for insisting on calling me “Queen Mommy” today. And thanks to @brandonjbarash for purchasing the gifts Harper wanted to give me. ps. Can we talk about Harper’s biceps for a second?….” Harper had posed showing off her arm muscles! Five year old Harper was named after Harper Lee, the author of “To Kill A Mockingbird” which is her father’s favorite novel.

Her father, Brandon Barash, is primarily known for the roles of Johnny Zacharra on General Hospital and Stefan O. DiMera on Days of Our Lives, although he has also done many appearances in prime time shows, such as portraying author Ernest Hemingway in the cancelled NBC primetime program “Timeless”. Brandon Barash was born on October 4, 1979 in St. Louis, Missouri, USA as Brandon Joseph Barash.

He is an actor and producer, and graduated from Memorial High School in Houston, Texas. Brandon also holds a BFA Degree in Acting from the University of Southern California and plays in the rock group “Port Chuck” along with his former General Hospital co-stars Steve Burton, Scott Reeves, and Bradford Anderson. Harper Rose’s mother, Kirsten was born April 8, 1984 in Orlando, Florida and currently plays Maxie Jones on General Hospital, and in the past she played a teenage Belle Black on Days of Our Lives, as well as in Zenon: Girl of The 21st Century.

She rescued dogs with her family from local animal shelters, and has two older brothers: Chris (half-brother) and Austin. Her best friend is Emme Rylan, who plays Lulu Spencer on General Hospital, and their characters are best friends onscreen as well. They are prolific knitters and crocheters, and frequently craft together in their dressing rooms on set. Harper made her own General Hospital debut as an actress when she played Maxie and Damian Spinelli’s (Bradford Anderson) baby girl, Georgie Spinelli.

Kirsten and Brandon are divorced but do an excellent job co-parenting little Harper. Harper recently taught herself how to braid, and braided her mom’s hair, and recently made a paper plate craft where she drew a lady’s face with a Sharpie pen and made her a hat with polyester roses. Kirsten remarked on how talented her daughter is at drawing expressive faces.

Stay tuned to General Hospital to see Kirsten as Maxie, watch for Brandon on Days of Our Lives as Stefan O. DiMera, and check Celebrity Baby Laundry frequently for all the latest news, updates and developments!