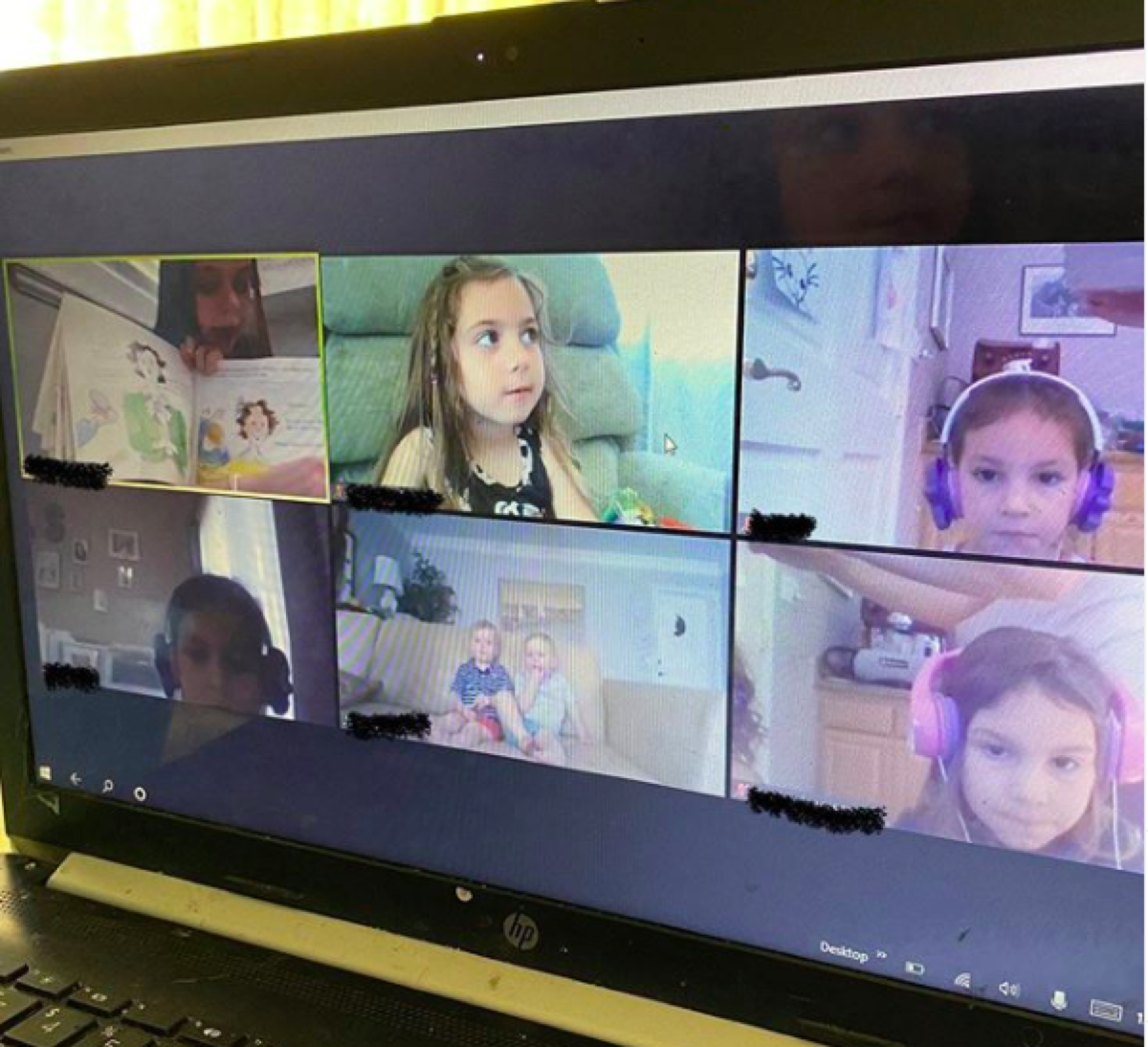 General Hospital spoilers tease that General Hospital’s Scarlett Fernandez had an online part with her co-stars and she used the time on “Zoom” to read a story to the children of GH, of which she is the oldest. She posted it on Instagram recently.

“Zoom” Is A Popular Microsoft Program Similar To Skype

“Zoom” is a popular Microsoft program similar to Skype, but it lets you talk to many more people at the same time and splits the screen to show each person’s face. It is a great way to keep in touch with family and friends on a personal level, and with co-workers when used for business. Scarlett, the oldest in the group of children she had in her ZOOM group read the book “Sally’s Room” to them.

Scarlett had in her ZOOM group many whose faces and names will be familiar to GH viewers; Theo and Erik Olson, who play Wiley Corinthos: Ava and Grace Scarola, who play Avery Jerome-Corinthos; and Ella Ramacieri, who plays Scout Cain. Scarlett commented: “Scarlett’s Story Time with @theo_erik_olson @scarolatwins @ella.ramacieri and #sophiascarloa. I read #sallysroom on #zoom. I was so happy to see some of my #gh friends! #togetherapart #ghkids”

More About The Children Of General Hospital

Scarlett Fernandez is ten years old and started as Charlotte Cassadine on October 13, 2016. Young Scarlett has also played in a couple of other series in her very young career as an actress; she played in the 2016 Fox television series “Lethal Weapon” as Kate, and in the Showtime series “Shameless” as Jeni. Scarlett Fernandez was born on August 4, 2009 in California, USA and has an older sister named Reagan Fernandez who is also an actress.

A post shared by Scarlett Fernandez (@officialscarlettfernandez) on Apr 1, 2020 at 1:08pm PDT

Theo and Erik Olson, who play Wiley Corinthos, are two years old and started as Wiley Cooper-Jones aka Jonah Corinthos aka Wiley Corinthos on July 31, 2018. Theo and Erik are quite accomplished at reacting and responding to others in the scenes they are filming, but not always appropriately as noted by actor Parry Shen a couple of months ago on Instagram. Parry commented, “Here’s what you DIDN’T see on today’s #GH right after Michael (Michael Corinthos, played by Chad Duell) questions Brad (Cooper, played by Parry Shen) being able to parent solo — me mustering every ounce of strength to keep from laughing before ‘cut was called.

Erik Olson was so in ‘the moment’ intently staring Brad down as if to say, “Smh. Yesterday you forgot to pack me a snack and today you were late for pickups. He’s right, dude. You’re losin’ it.” #outtakes” One can hear the laughter as Parry cracks up and some other laughing in the background as well! “

Stay tuned to ABC’s General Hospital to see Scarlett, Ella, Theo and Erik, and Ava and Grace as their General Hospital characters, and check Celebrity Baby Laundry frequently for all the latest news, updates and developments.