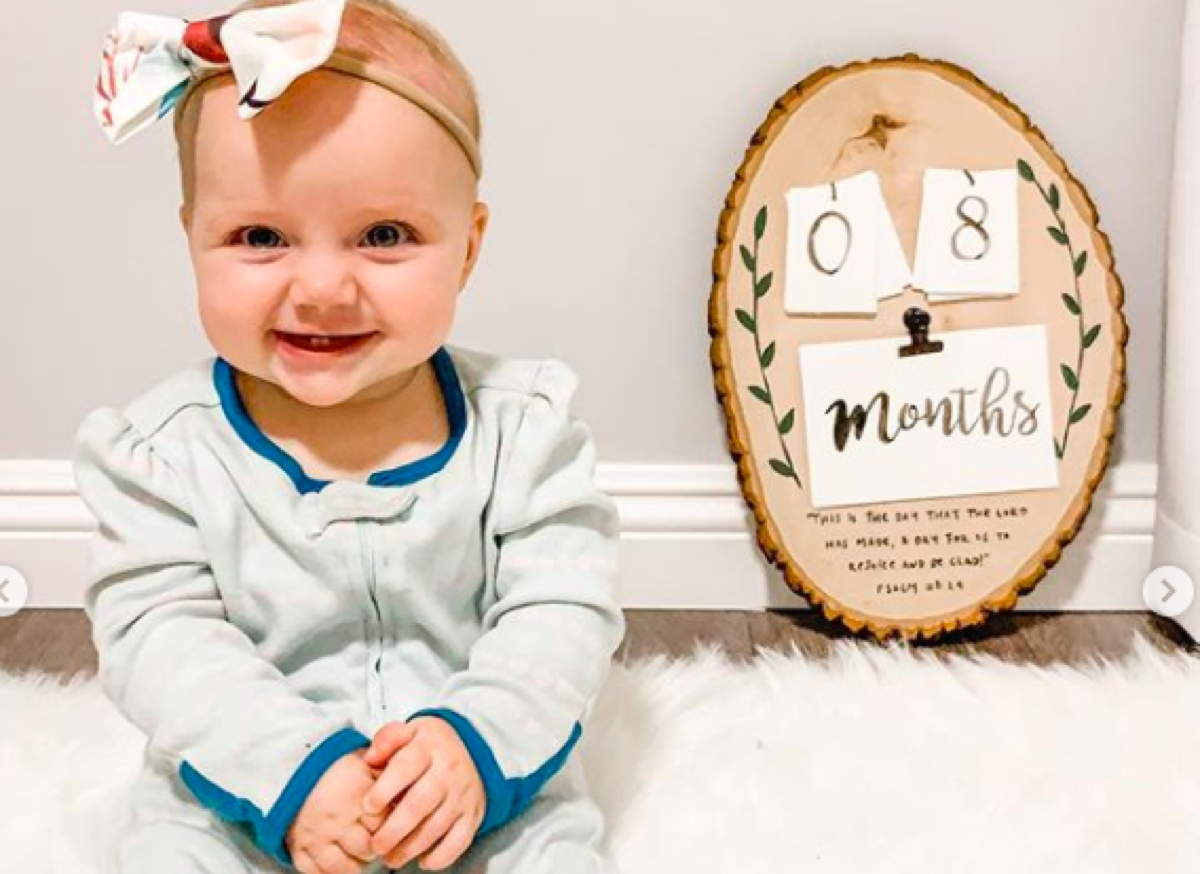 Jen Lilley And Her Husband Recently Adopted Two Brothers, But Julie Evangeline Is Their Natural Child

Jen and husband Jason Wayne fostered two brothers, the oldest one of whom they have adopted and his little brother in the process of adopting. They adopted Kayden on June 19, 2019 and are in the process of adopting his brother, who for now they are calling “Baby J.” Julie is their natural child. Jen says of Julie, “Miss Julie Evangeline is 8 months old today and as sassy and fierce as ever,” gushes Lilley. And who can blame her?

Her daughter makes the cutest faces, and there is simply no way anyone could have chosen just one picture to represent this milestone. She continues, “I can sit up on my own. Say mama, hi, and dada. I love to sing. I love to dance. Everything makes me laugh, especially my brothers.

I smile at everything. I’m trying to crawl, and I wish I had more teeth to eat table food. Tooth number 3 broke through today with 3 more right behind. This is #8months #julieevangeline,” she added. “Not sure which of these is my favorite so I’ll let you all decide. Despite having to cancel Baby J’s official ‘TWO Legit To Quit’ birthday party, we made the most of it as a family party and wanted to share some birthday cheer with you and yours! Stay safe everyone! We love you!! #toolegittoquit #twolegittoquit #secondbirthdayparty #covidcheer”

Miss Julie Evangeline is 8 months old today and as sassy and fierce as ever. I can sit up on my own. Say mama, hi, and dada. I love to sing. I love to dance. Everything makes me laugh, especially my brothers. I smile at everything. I’m trying to crawl, and I wish I had more teeth to eat table food. Tooth number 3 broke through today with 3 more right behind. This is #8months #julieevangeline

The daughter of Vince Lilley, a judge, and Ellen Lilley, a director of marketing/event planner, Jen Lilley was born on August 4, 1984 in Roanoke, Virginia. She had wanted to become a singer since childhood and, in 2001, she garnered the National Educators award in Guatemala by giving multiple concerts for underprivileged Guatemalan youth. In the late summer of 2007, she moved to Los Angeles to pursue acting. Lilley devotes her spare time to charities focusing on children, homelessness, and the world water crisis.

She married Jason Wayne May 26, 2007. She is a celebrity ambassador for ChildHelp, who she and her husband Jason foster care children through. In 2011, Lilley had a supporting role in director Michel Hazanavicius’s silent movie The Artist, and she also appeared as Monie in the iCarly TV movie, “iParty with Victorious”. In the fall of 2011, Lilley temporarily took over the role of Maxie Jones, as a temporary recast for Kirsten Storms on General Hospital while she was on medical leave for endometriosis.

However, she reprised her portrayal as Theresa in May–July 2018. In November 2016, Lilley appeared in a film for the Hallmark Channel titled A Dash of Love, and more recently in a Hallmark movie called “Yes I Do.”