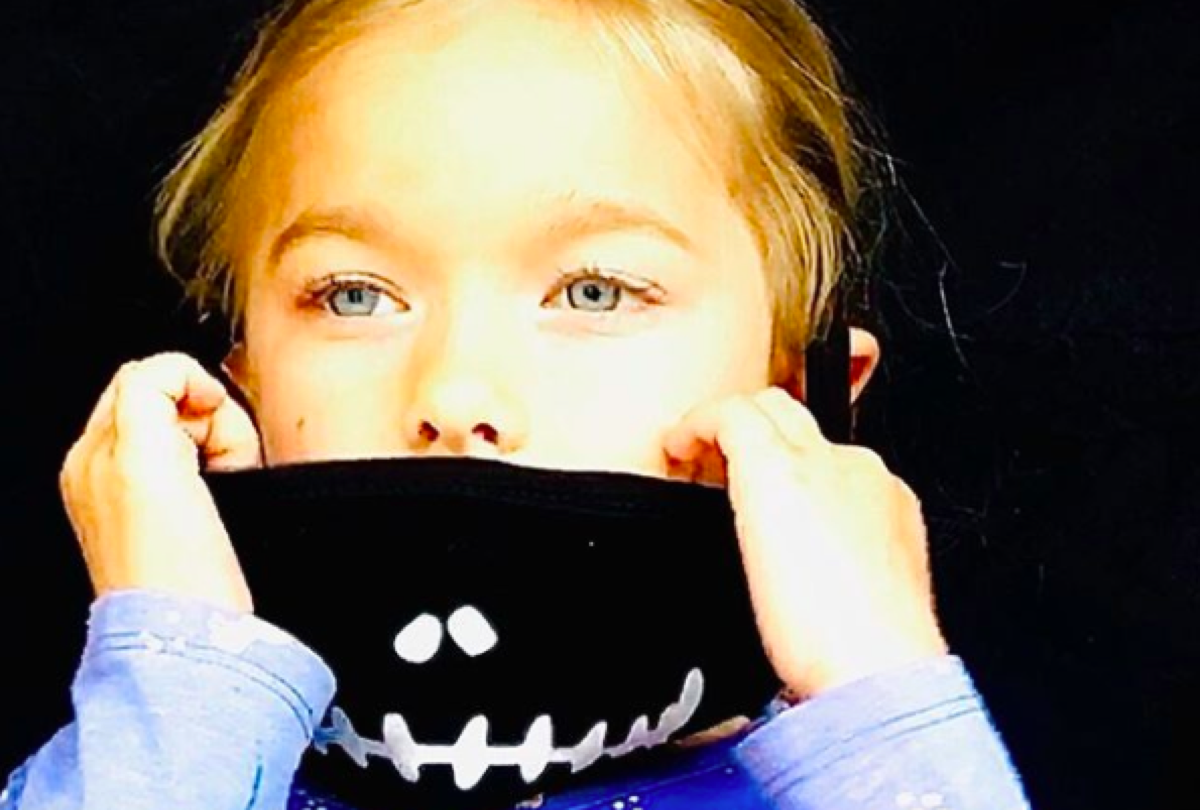 General Hospital spoilers tease that Jophielle Love, who plays Violet Barnes on the ABC daytime drama “General Hospital” encourages all to wear protective masks and to stay safe in a recent Instagram post.

Jophielle Love Doesn’t Quite Have Her Mask High Enough, But That’s Okay

On the photo she posted recently on Instagram, she doesn’t quite have her mask high enough to cover her nose, but that’s okay if she’s at least six feet away from the photographer, for a photo being taken – it’s the comments that are important, and they read as follows: “Together but apart, we will beat this! Please be safe everyone… #stayhome #protectyourselfandothers and #wearamask #socialdistancing Let’s beat #covid19 #coronavirus.”

The photo looks like a close up but the photographer may have used a zoom lens! General Hospital has been on a production shutdown for about three weeks now, and Jophielle is with her family in “Mas Pinet” their farm in France. Jophielle recently started a You Tube series and you can see the first installment, where she gives viewers a tour of the family farm at https://www.youtube.com/watch?v=Tlh3XnByKh8 .

Five year old Jophielle was born on May 20, 2014 in France to Karine Mauffrey, a stunt woman, and Jade Kindar-Martin, a high-wire walker. She started acting at age 3, in a Citibank commercial with her dad and her brother in 2018, which aired for a year.

Together but apart, we will beat this! Please be safe everyone… #stayhome #protectyourselfandothers and #wearamask #socialdistancing Let’s beat #covid19 #coronavirus

More About Jophielle Love And Her Family

She has two older brothers, Gabriel Sky and Raphael Luce, who are both actors, and with her parents, she splits her time between living in Los Angeles and Southern France, in an artist’s retreat called “Mas Pinet.” Jophielle debuted on the ABC daytime drama “General Hospital” on October 23, 2019 as Violet Barnes, the daughter of Dr. Hamilton Finn, played by Michael Easton, and Hayden Barnes, played by Rebecca Budig.

Rebecca, a mother of her own little girl about the same age, got so attached to her tv daughter that she sets up play times with her (and probably her own little girl, Charlotte Jo joins in too). Jophielle started her acting career at the age of three, and has been in the ABC primetime television show “Grey’s Anatomy” as Clervie Martin for an appearance and in some commercials and a short.

She also appeared in a movie called “Rose” as Jophielle Kindar-Martin. Her two brothers have both appeared on General Hospital, one of them as a little boy listening to the Christmas story being read at General Hospital in their Christmas episode, and the other brother appearing as an orphan, along with Jophielle, seeking donations from Ebenezer Scrooge, who was played by Michael Easton in their special Christmas episode that was based on Charles Dickens’ “A Christmas Carol” this past Christmas. The talented and cute Jophielle also plays ukulele and has written a simple song, and sang it to her TV mom Rebecca Budig. This was also posted on Instagram several months ago.

Stay tuned to General Hospital to see Jophielle as Violet, and check Celebrity Baby Laundry frequently for all the latest news, updates and developments!