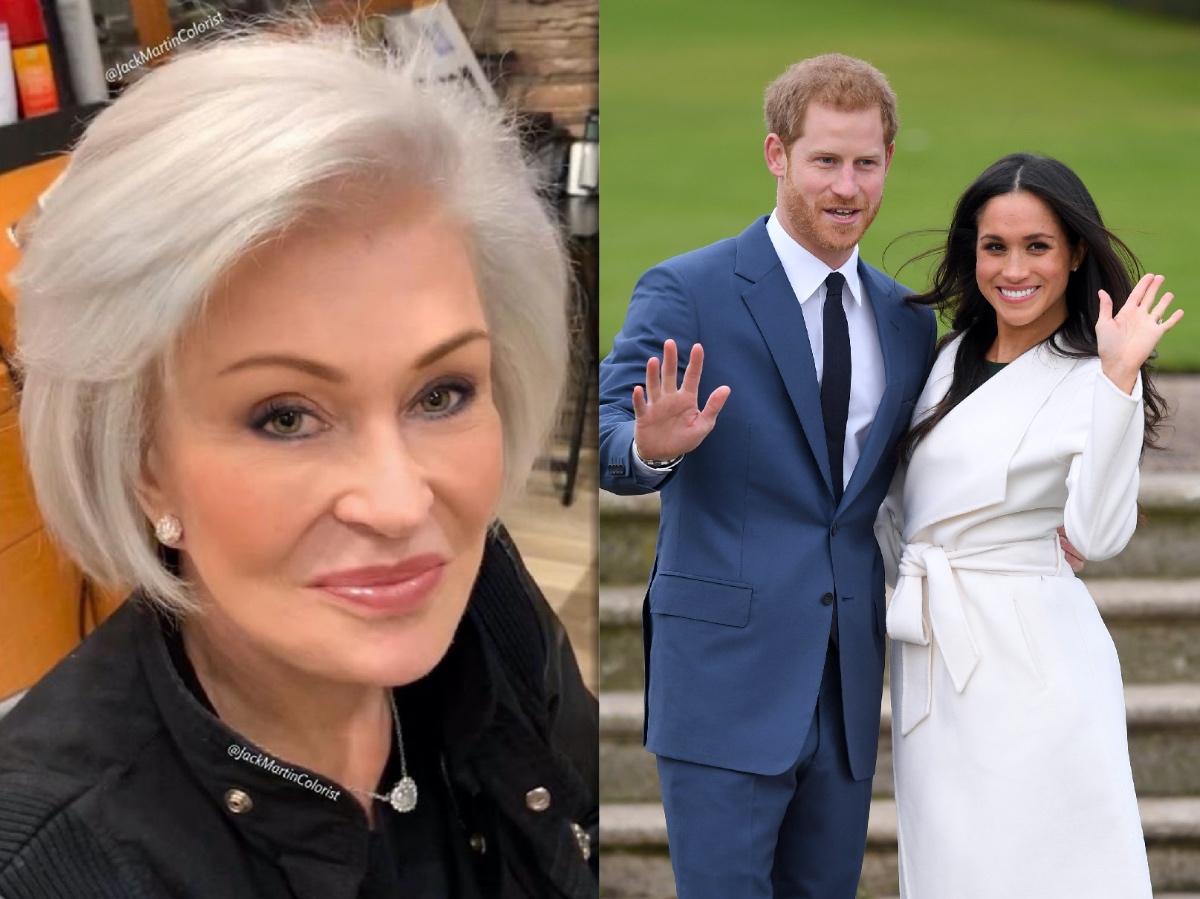 They’re probably kicking themselves right now. “If only we had listened to Sharon Osbourne, we could have avoided this whole mess!” one imagines Prince Harry and Meghan Markle saying after the talk show queen dropped a loaded bombshell on the toothy twosome.

In the category of too little, too late however, Sharon issued a warning which might have been better served prior to Megxit, March 31, the date the couple were officially dethroned as senior royals. Are they now junior royals, minor royals, non-royals?

Maybe the Duke and Duchess of Sussex should have consulted with Sharon Osbourne before the big move?
According to Sharon, this whole L.A. relocation gig from Canada to Los Angeles is a, “nightmare.” And she should know, it’s where she’s based as well.

The gossip queen is in a good position to know about these things and thinks that coming to the city of angels is the polar opposite of what the pair profess to want.

“I just think it’s so foreign,” she continued. “I’m kind of disappointed, in a way, that Harry would end up here in L.A.” Should Angelenos take that as a diss?

The vibrant lady added that unless Harry and Meghan choose to reside in a less visible neighborhood, “They would have no life at all.”

Indeed, the pair have stated that the wish for a less intruded upon life, especially from the unwanted paparazzi, was primary in their colossal choice to ditch their royal duties and the royal family and the royal land.

So, what is her idea of a low-key SoCal neighborhood? Sharon shared that, “I hope they are going to move somewhere like Santa Barbara or something like that so that they can have somewhat of a normal existence. But if they are going to live in L.A., right in the center, it’s going to be a nightmare for them with the press and the paparazzi.”

Sharon Is Simply Stating The Obvious

It’s clear that Sharon has the couple’s best interests at heart. Why she waited until the eleventh hour to air her concerns is anyone’s guess. What are the chances do you think, that we’ll see Harry and his wife on The Talk next week?

Be sure to tune in to catch up on everything happening with Prince Harry and Meghan Markle right now. Come back to Celeb Baby Laundry often for Royals news, updates and rumors!