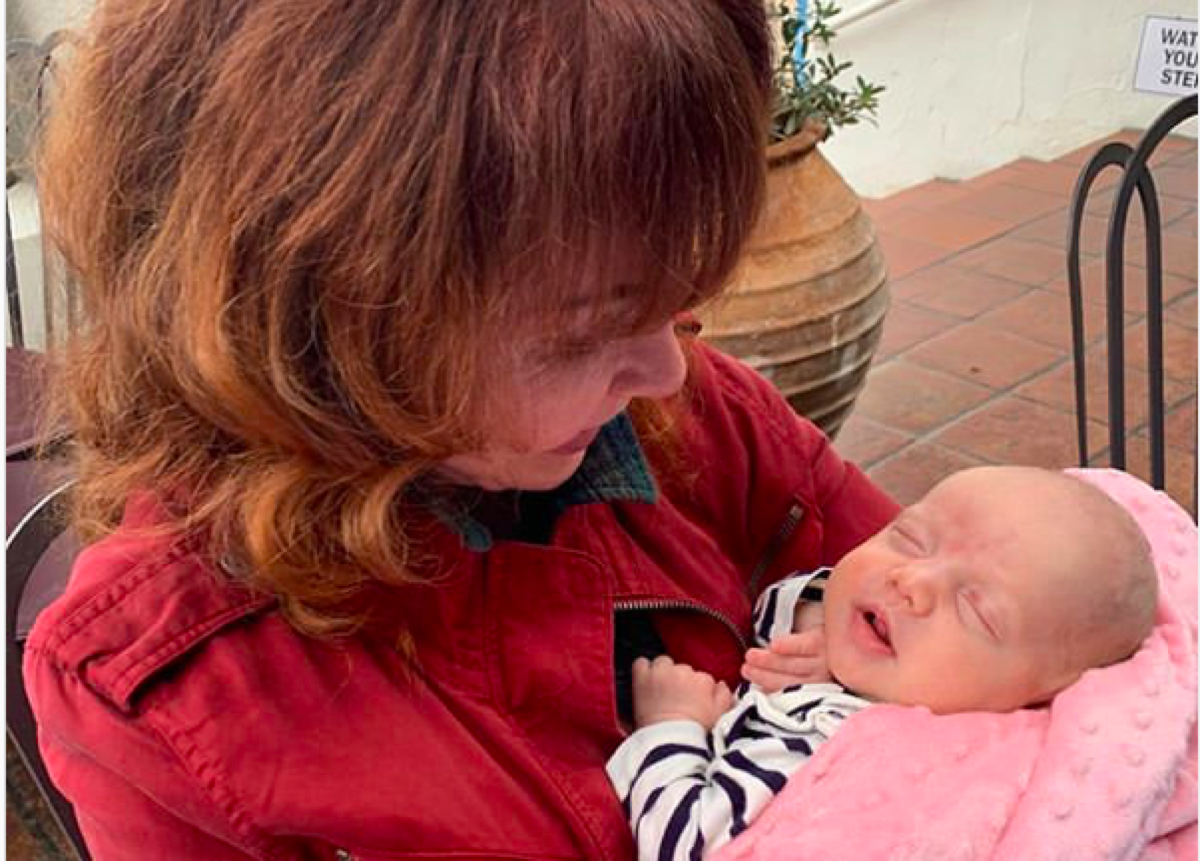 General Hospital spoilers reveal that once again “Instagrandma” Jacklyn Zeman has added another photo of baby Kennedy to her online Instgram brag book!

Jackie holds Kennedy in a pink blanket and it looks like she may have just got done bottle feeding her because she posted, “Nap time at Taverna Tony Malibu. Kennedy is a #gotmilk girl. I am a happy Grandma.” She certainly is a happy grandma judging by all the posts she has about her absolutely adorable little granddaughter.

Jackie’s daughter Cassidy MacLeod gave birth to her granddaughter Kennedy on December 20 2019, and Jackie announced her birth on Instagram. It read as follows: “Cassidy and Cutter’s beautiful little Girl was born on Friday 10 days early! Kennedy Elise MacLeod. Welcome to the world. We love you. You are the greatest gift. Truly a Christmas Blessing. We have so much to celebrate. Wishing Everyone love, joy, and many blessings.”

Ironically, life imitated art for grandma Jacklyn Zeman when Kennedy was born. Jackie has played Nurse Barbara Jean “Bobbie” Spencer on ABC’s daytime drama “General Hospital” since 1977, and it so happens that her character became a grandma within three months of when she became one in real life!

Nap time at Taverna Tony Malibu. Kennedy is a #gotmilk girl. I am a happy Grandma.

Her television daughter Carly Corinthos, played by Laura Wright, gave birth to a daughter, Donna Corinthos, played by twins Emma and Ella Hulen in September, 2019. As an actress, Jackie is probably best known for her role on General Hospital as Bobbie Spencer, younger sister of the immortal character Luke Spencer (Anthony Geary) whose television wedding to Laura Webber (Genie Francis) in 1981 garnered thirty million viewers, at that time a world record!

Luke and Laura’s wedding also marked the debut of one of the most infamous soap opera villains of all time, the evil Helena Cassadine, most recently played by Constance Towers, but which was originally written especially for the late actress Elizabeth Taylor, who inaugurated the character and who was a General Hospital fan herself! Jackie Zeman also played a character on the defunct ABC daytime drama One Life To Live, named Lana McClain.

Jackie began training for the classic ballet at age 5. She was accepted into the New Jersey Dance Company at age 15, and accepted a scholarship from New York University at age 15 to pursue a major in dance. The dark-haired beauty decided to try acting, and has become a staple of daytime drama (aka soap operas).

Check out ABC’s “General Hospital” to see Jackie, and check Celebrity Baby Laundry frequently for all the latest baby news, updates and developments!