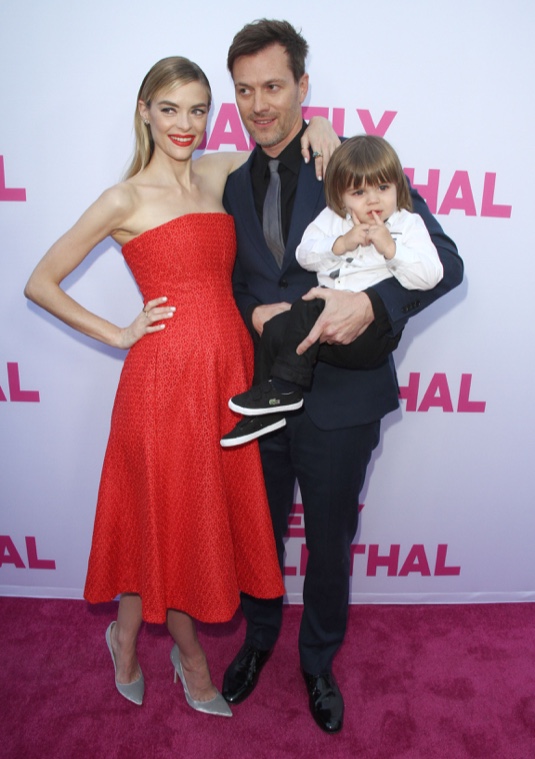 Jaime King attended the Barely Lethal Special Screening with her husband Kyle Newman and their son James at The Arclight Cinemas in Hollywood, CA on Wednesday (May 27).

The Hart of Dixie actress showed off her baby bump in a bright red dress while posing for pictures with her family. Newman cupped her baby bump for some of the photos.

Two weeks ago, King revealed that she is having a baby boy in a short clip via Instagram.

King’s good friend Taylor Swift is seen touching her baby bump to feel the baby kick, with the actress exclaiming:

“He’s sticking his arm up for you,” before Swift replies, “That’s crazy! Happy Mother’s Day.”

Both Swift and King shared the video on Instagram, with the Barely Lethal actress writing:

“#Regram from our special visitor tonight @taylorswift – baby is ready to play with his God Mother. Like, NOW!

King is expected to give birth in the next month or two. She and Newman married in 2009.