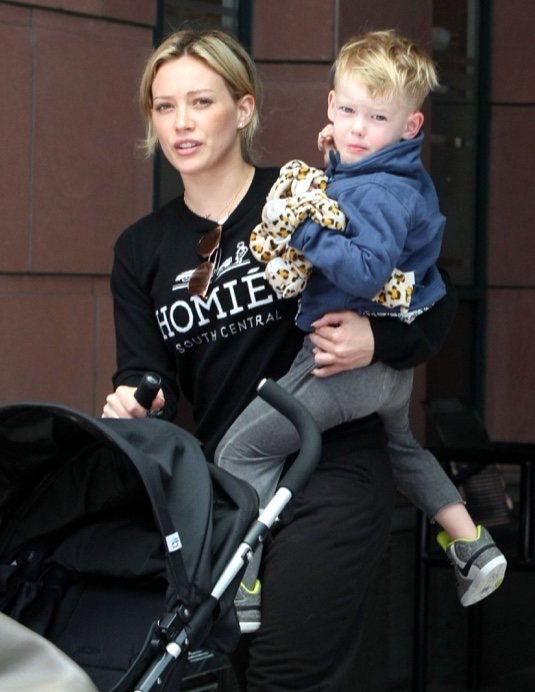 Hilary Duff and her son Luca were photographed running errands in Beverly Hills, CA on Tuesday (May 26).

The Younger actress was dressed casually in a black sweater with the word ‘Homeie’ printed on the front and black stretch pants. She browsed on her phone before taking a stroll with the youngster.

In April, Duff spoke of their mother-son cooking time.

“Lately I’ve been trying to get him into cooking because I love to cook,” Duff told People. “I try to cook things that involve lots of different bowls where he can be dipping stuff in. It’s nice for him to touch the food and work with it and then eat it.”