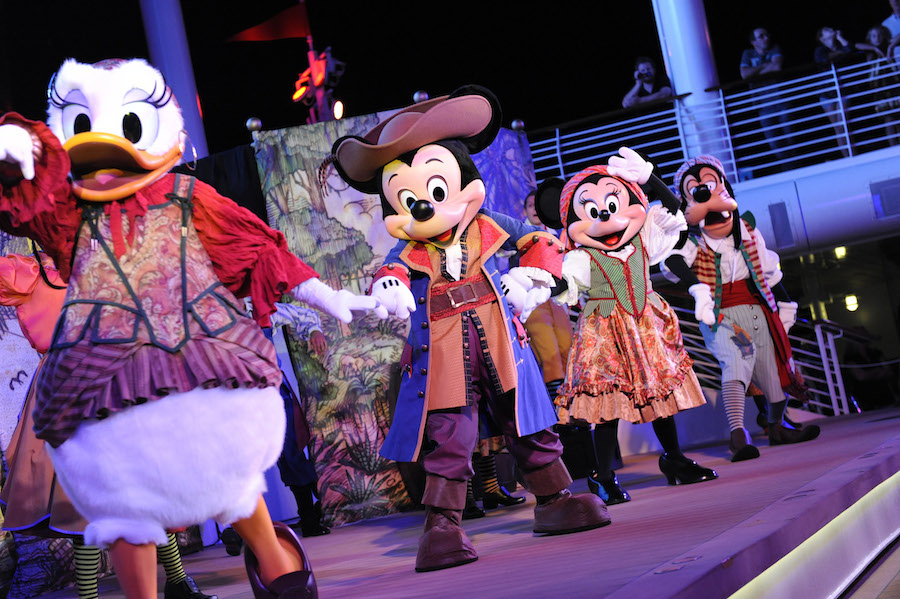 What’s a cruise ship without pirates? Disney Cruise Line takes entertainment to a whole new level with their Pirate in the Caribbean party.

Pirate Night starts at dinner with the entire restaurant staff dressed in their pirate gear and speaking the pirate language by greeting you with ahoy matey and using phrases like argh. The menu will even resemble an old treasure map. The pirate theme extends across the entire ship. 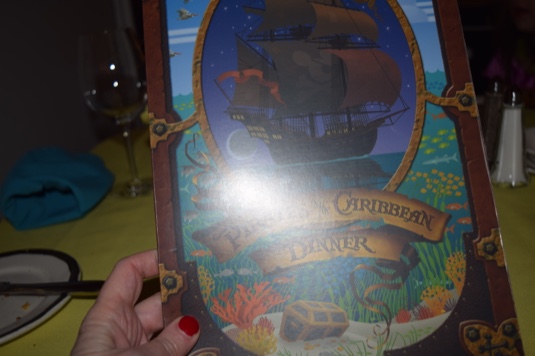 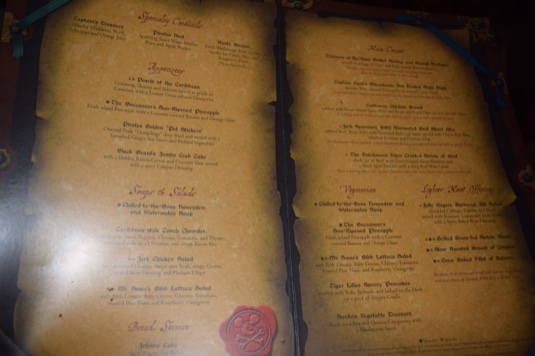 Many of the guests will dress-up and the shops on board will sale pirate merchandise. Although, we suggest you save money by bringing your own accessories. {link to how to save money post} Disney Cruise Line will provide each guest with his or her own Pirate Mickey bandana to wear.

If you eat at the first dining option and are hungry later or just want an evening snack – the pirate deck party features a full pirate buffet. Watermelon is craved into famous pirates and ice sculptures display more of the theme. Large turkey legs, crepes and desserts galore are offered. There is enough food that you could skip dinner and feast like a pirate! 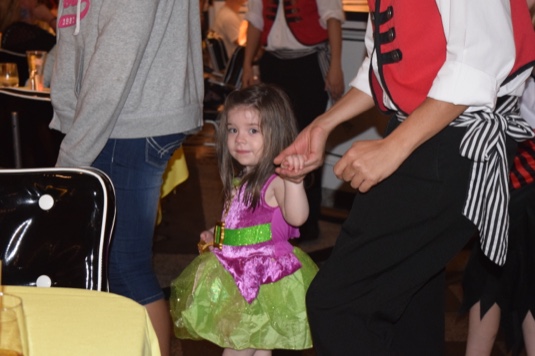 Everywhere you look there are pirates. Disney characters dressed like pirates, crewmembers wearing their pirate garb singing and dancing on deck. The full show kicks off with Pirate Mickey saving the day from Captain Hook and Mr. Smee. A spectacular fireworks display ends the night with multiply colors sparkling right over the ocean. There may even be some ziplining across the top deck by your favorite characters! 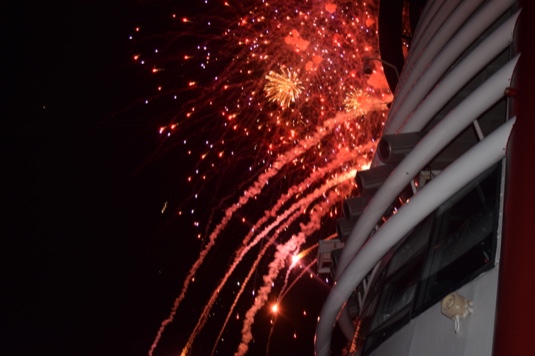 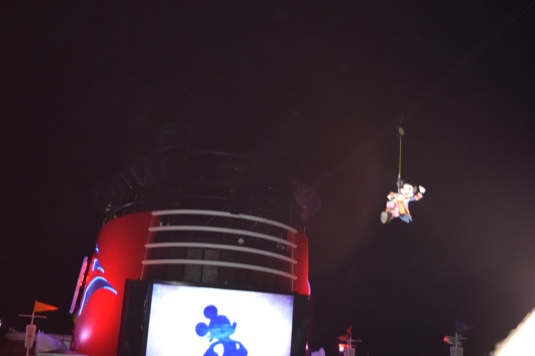 The Pirates in the Caribbean party is fun for all ages. The show concludes with a pirate movie near the pool for those night owls looking for extended entertainment.

How to Make Your Pirate Night Extra Special:

• Add a small braid to your hair like a pirate

• Temporary tattoos – what pirate doesn’t have a tattoo? These make a great addition to any costume

By dressing up and playing a part in the night’s festivities, you get to experience first-hand the entertainment. Being on a cruise ship in the middle of the ocean surrounded by pirates is exciting! Little ones will believe it is as authentic as they could imagine.