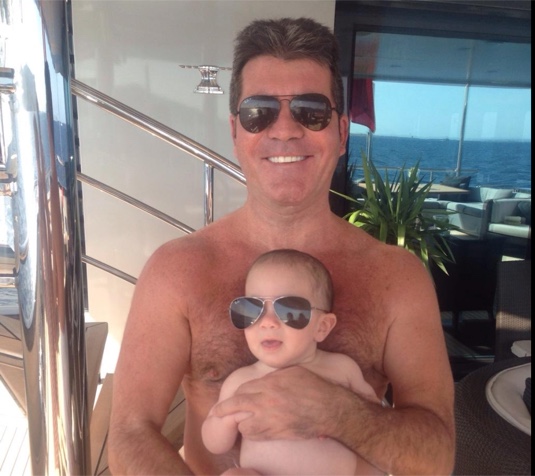 Simon Cowell loves being a father, but admits he has yet to change one of his son’s dirty diapers.

“I still haven’t changed a nappy, but I love being a dad,” Cowell told Hello! magazine of his 15-month-old son Eric. “I never expected to be a father, but I love it. Eric makes me laugh. He and I communicate very well because we basically like the same things — Scooby Doo, Disney movies, laughing at the dogs.”

“Simon’s house is now a family home,” she shares. “I have three boys now, including him. He’s lots of fun, he makes us all laugh a lot.”

She continues, “I think Simon has changed me. He makes me laugh all the time. I can’t get angry with him because when I’m trying to be cross, he just makes me laugh.”

The couple are looking forward to expanding their family in the future.

“It would be lovely to have two and, yes, I would like to have a little girl,” Cowell shares.

Cowell and Silverman welcomed their son on Valentine’s Day 0f 2014.