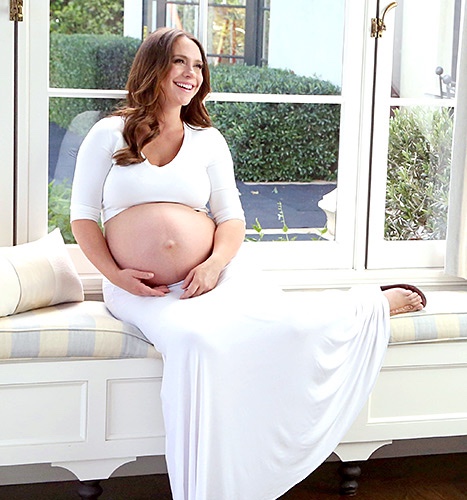 Jennifer Love Hewitt says she and her husband Brian Hallisay opted not to hire a nurse or nanny after the birth of their now 18-month-old daughter Autumn James.

“We didn’t have a night nurse, we didn’t have a nanny,” Hewitt is who is pregnant with her second child told People. “We haven’t ever had any of that stuff. It’s been really interesting to do it all ourselves.”

Hewitt says motherhood has taught her what is really important in life.

“I think [as a mom] you just realize how unimportant stuff is,” she says. “Everything before you have kids is oh-so important and then you have kids and you’re like, ‘That really doesn’t mean anything. My kid is healthy, there’s no sniffles, they’re sleeping, life is good!’ It really puts that into perspective.”

What is she most excited about? Giving birth in June!

“I’m really curious to see how similar [the two kids] will be,” Hewitt told. “And I’m looking forward to having two little tiny people to snuggle with! It’s just my favorite thing ever.”

Hewitt also can’t wait to find out the sex of her baby.

“He’s of the mindset that he’s going to have all girls. That’s what he’s preparing for and he’s very close with his mom and sister so he’s fine with that,” the mom-to-be explains. “I think he would be more shocked if it was a boy, but he’s prepared either way. He’s excited.”

The Criminal Minds actress and Hallisay married in 2013.