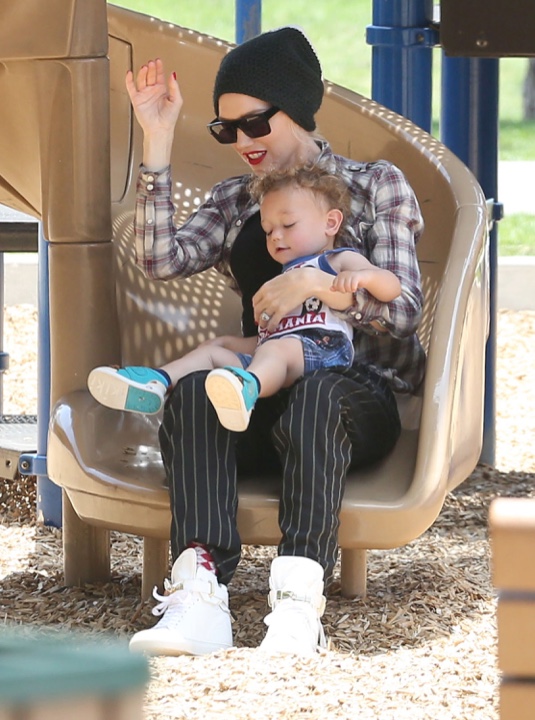 Gwen Stefani, her husband Gavin Rossdale and their boys Kingston, Zuma and Apollo enjoyed a day at the park in West Hollywood, CA on Saturday (May 30).

The No Doubt singer was dressed in casual, yet stylish attire while dotting on Apollo. She helped him walk before sliding down a slide together. She pushed the other boys on a swing while Gavin took a slide with his baby boy too.

Stefani recently filmed a cameo for an upcoming episode of Sesame Street.

“Is this happening?!! #sesametakesla #elmo gx,” The Voice mentor captioned a shot with the lovable monster.

She definitely scored some mommy points with her appearance.

“I wouldn’t say I was nervous; it was more like an out-of-body experience,” Stefani told after the taping. “Never in my life could I imagine I’d be standing here with Elmo!”

Her appearance will air during the 47th season of Sesame Street.