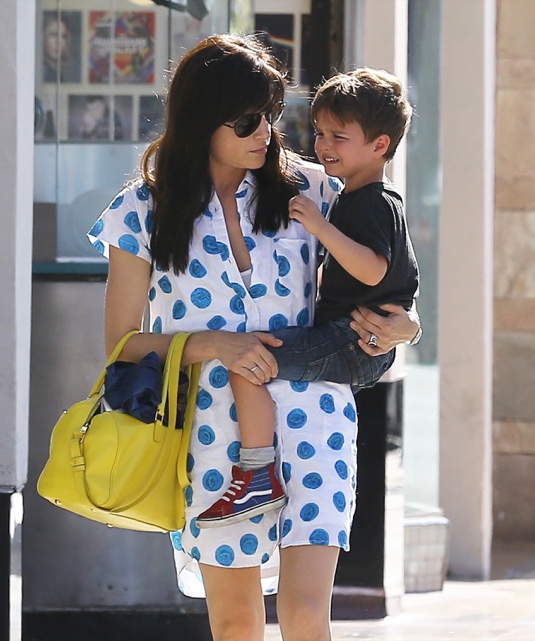 Selma Blair and her son Arthur enjoyed a day of shopping in Los Angeles, CA on Saturday (May 30).

The actress was dressed in a long blue polka-dot blouse with white running shoes and a yellow bag. Her son wasn’t pleased as she carried him. Perhaps, he was upset he was no longer wearing the Captain America costume he was pictured wearing earlier.

Blair has said she is “very excited” to portray Jenner in the miniseries.