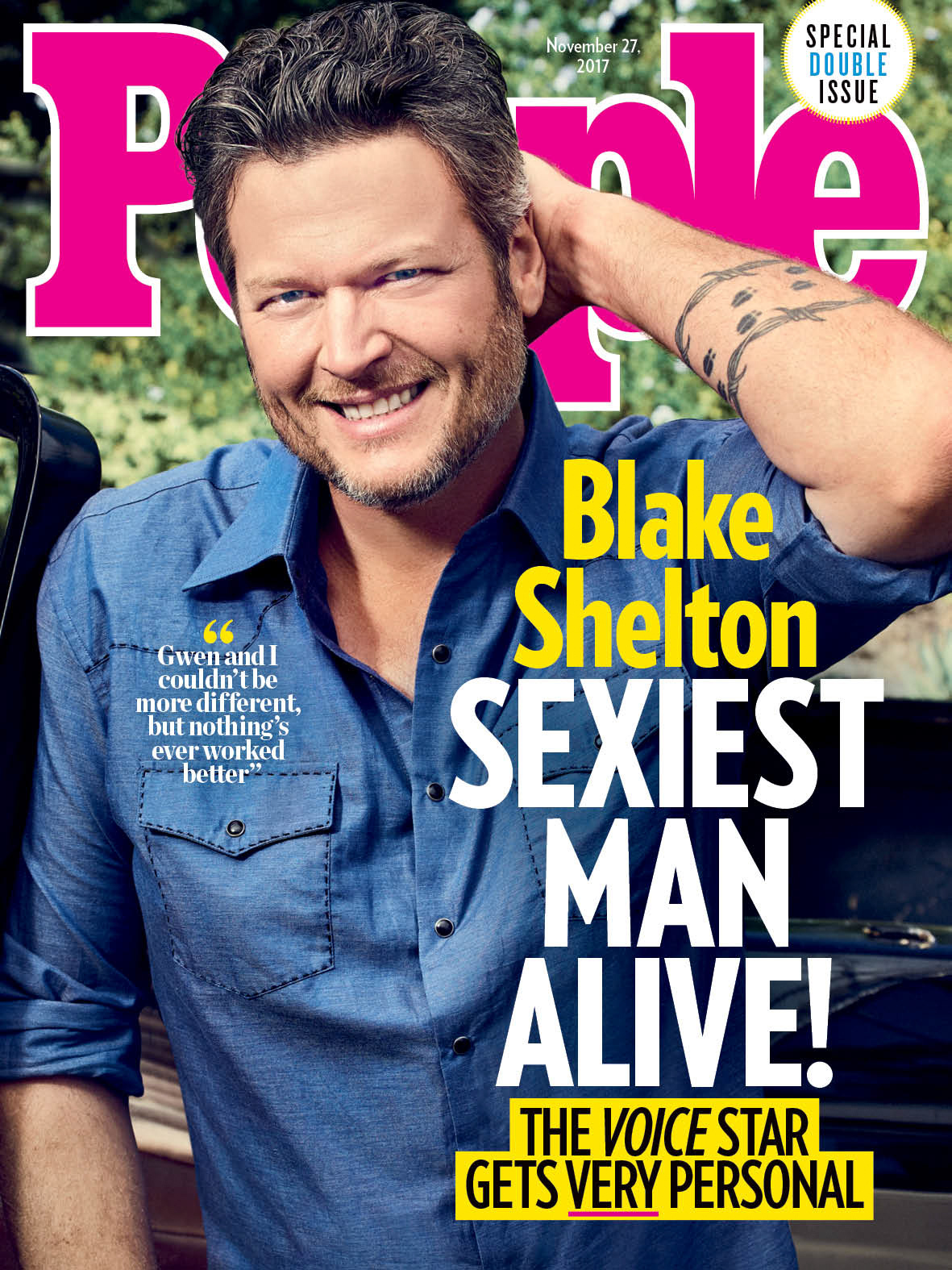 Blake Shelton has been named the Sexiest Man Alive in the latest edition of People magazine.

In an interview for the cover story, the country singer opens up about learning his role in the lives of his girlfriend Gwen Stefani‘s three children.

“For a long time, it was awkward trying to figure out what my place is and in their mind too,” Shelton tells of Stefani’s sons Kingston, Zuma, and Apollo.“The best part for me, selfishly, is discovering a part of myself that I guess I never really knew was in there. It’s definitely an instinct that kind of kicks in.”

Shelton sounds very much like a step-father when he speaks of the trio.

The Voice mentor admits he has not only fallen in love with Stefani.

“They’re so damn funny. It’s just my first time being around it, and it’s easy to fall in love with those kids. They’re pretty special,” Shelton admits.

Shelton and Stefani both appear as judges/ mentors on The Voice.

The began dating after her split with ex-husband Gavin Rossdale.

Pick up People on newsstands this Friday to read the whole interview.