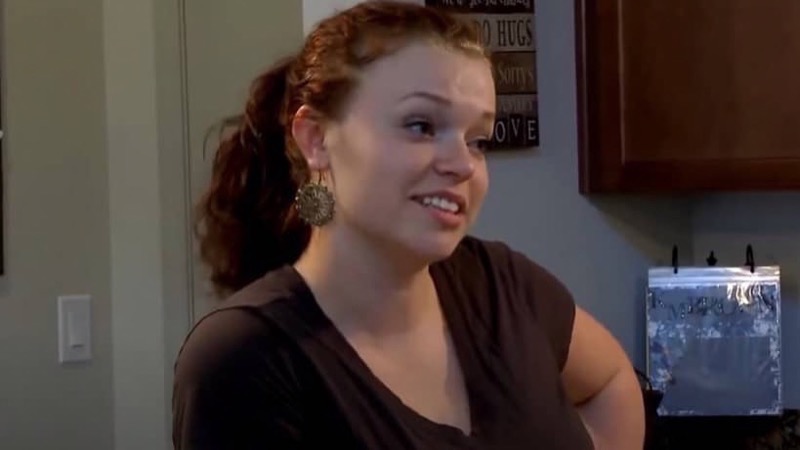 Sister Wives fans engaging in bump-watching got a double surprise this week when Janelle Brown took to her Instagram. If you don’t know, her daughter Maddie Brown Brush and Christine’s daughter, Mykelti Padron both expect babies. So, the photo showed them comparing the size of their baby bumps. Who is winning? Read on to find out.

The original photo that Mykelti and Janelle shared in Stories came from Maddie Brown Brush on her Instagram profile page. Maddie already has two kids, Axel and Evie-K. Meanwhile, Mykleti had her daughter, Avalon who is adored by Christine Brown. Actually, for a long time, TLC fans despaired about more grandchildren coming along. But finally, Mykelti Padron became a mom. So then, there were three grandkids in the family Soon, there will be six kids for doting grandmas to share on social media.

Sister Wives spoilers revealed that Mykleti Padron expects twins and they should arrive before the end of the year. From following Mykelti’s Instagram, TLC fans quickly learned that the twins won’t be identical. But, they will be fraternal twins. Additionally, they also saw a gender reveal and Avalon will be the big sister of two boys. Maddie’s son Axel, put the boys ahead. But, in September, Janelle Brown’s daughter revealed that they expect another girl, so, it’s balanced out at 3:3.

If you don’t know, Mykelti expects her baby two months ahead of Maddie. Maddie’s baby will arrive early next year. So, it’s no wonder that Mykelti won the bump match. Bear in mind, she also carries two kids. In two photos, fans saw that the women laughed hard at a pumpkin display. That’s probably why Mykelti talked about so much “fun” when she shared it in her stories.

In Maddie’s caption, Sister Wives fans saw that she said, ‘how should we pose?” and “@mykeltip [replied], ‘We should go BOOP!”🤰🤰👯‍♀️. Additionally, she said, “10 weeks apart and an extra baby, but it’s been fun being pregnant at the same time sister! 💛” Well, if the photos didn’t make fans giggle Mykelti’s reply did. She commented, “Those are awesome. I look constipated LOL.”

Sister Wives fans took to the comments as well. One of them said, “@mykeltip you look great. I’m amazed you’re still standing…..out and about. Supermom is in your DNA.”

Another one said, “@mykeltip you look beautiful not constipated at all. My daughter had twin girls in 2021 they’re almost 2 and she looked the same. It’s a lot and [you’re] carrying them so well. “

Speaking about Maddie, a TLC fan wrote, “So amazing that you guys can share this special experience together!!!”