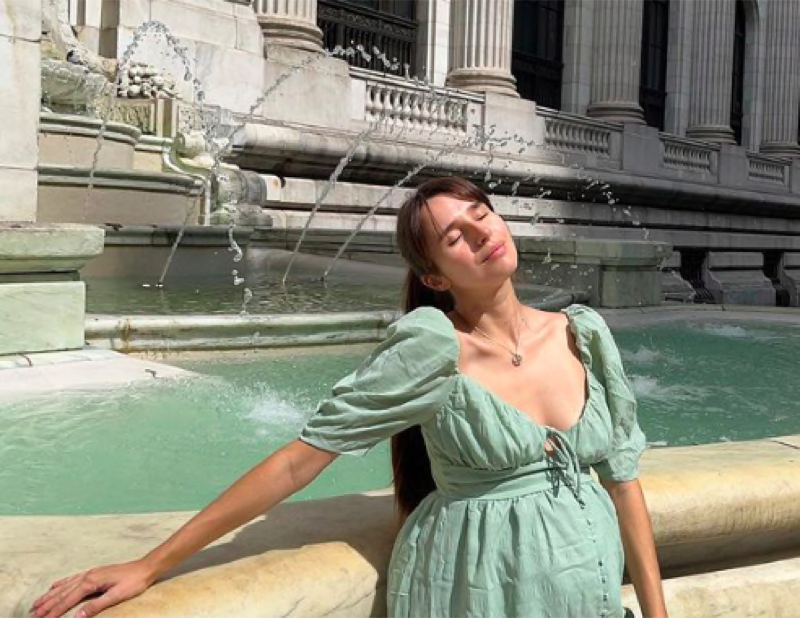 90 Day Fiancé stars Steven Frend and Olga Koshimbetova already raise three-year-old Alex and they expect a second baby. TLC fans saw their debut in season  6 and at the time, Steven was The villain of the show. Mind you, that was tame compared to more recent newcomers. Despite their differences, Olga and Steven are made up and they seem happy together. Now, it’s time to get real about the new addition to their little family. At the moment, Olga’s about 35 weeks into her pregnancy.

Apart from a brief reappearance in Self Quarantined and 90 Day Diaries, fans didn’t see much of Olga and Steven on TLC. Actually, it is a pity because they made up their differences after a split. While Steven was hated in season 6, he worked hard to provide for his son Alex and his wife. Additionally, he scrubbed up and looks like he’s on the way to being a successful model. Now that she’s pregnant, Olga landed some swimwear partnerships and she flaunts her baby bump with confidence.

90 Day Fiancé fans also like the Russian woman because she suffered a tough time in life. Did you know that she spent a lot of her younger life in an orphanage? Her mom and dad got involved in a cult. Believing their other daughter was possessed, they killed her during a ritual to chase away the demons. And yet somehow, Olga manages to look and sound serene. Plus, she passed on her gorgeous smile to her young son, Alex.

This week, Olga took to her Instagram Stories and shared that the countdown for baby number two starts. Her clips revealed a crib and Steven put it together. Just think, in a few weeks, a little baby will be sleeping in it. H9pefully, Olga has a safe and easy birth. You might recall that in Russia, Steven stressed a lot because the doctors were way strict about men being in the delivery room. This time, possibly, her husband will be by her side throughout the birth process.

The 90 Day Fiancé star also posted a photo of herself modeling swimwear by a pool. later, the family went and had a lot of fun at Shot of Art. Alex really seemed to love that. Fans adore their son, who is a nice mix of both parents. Additionally, he seems very sweet. Alex might not be as famous as Shai Borvarnik, but he’s a little star in his own sweet way. So, fans can’t wait for him to become a big brother.

Once the new baby arrives, the 90 Day Fiancé stars probably won’t get out and about as much as they did this weekend. After all, babies take a lot of attention from their parents. However, we’re confident that in time, they’ll share a lot of photos of their two children. In years to come, TLC fans will hopefully see the two kids playing and being adorable together.