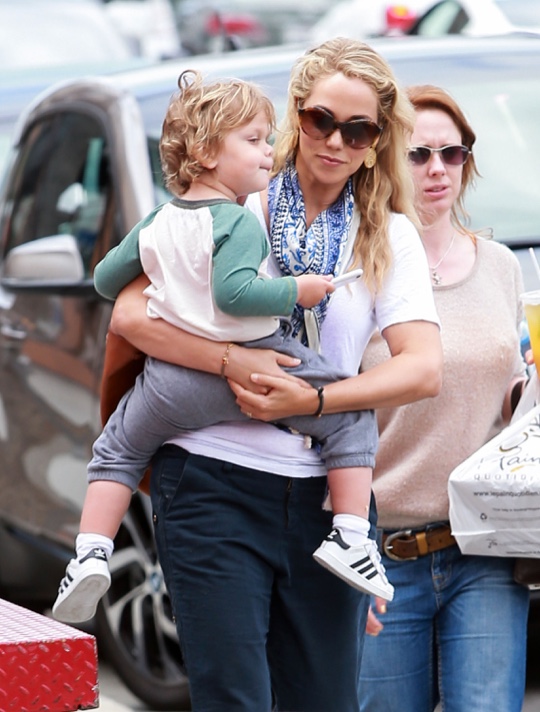 Elizabeth Berkley was spotted taking her son Sky to breakfast at Le Pain Quotidien in Los Angeles, CA on Thursday (May 7).

The Saved By The Bell alumni was dressed casually in a white t-shirt and navy blue khaki’s paired with a scarf. She carried the youngster while walking to their car.

Berkley recently posted a throwback pic of her from the movie Showgirls to Instagram and explained her love/hate relationship with the movie.

“This was a rare moment during the filming of #showgirls where the director let the camera run and captured my authentic longing for my own dream to be a performer… In turn he captured #nomi’s longing, while watching the star of the show, Crystal .. I like this moment because it was a tiny moment in a scene where I wasn’t being pupeteered to mimic exact direction that was ultimately extreme and cartoon-ish.” she captioned the shot.

The actress is married to Greg Lauren.

Preparing Your Child For Summer Camp

Mila Kunis: I’m Proud to Be a Stay-at-Home Mom