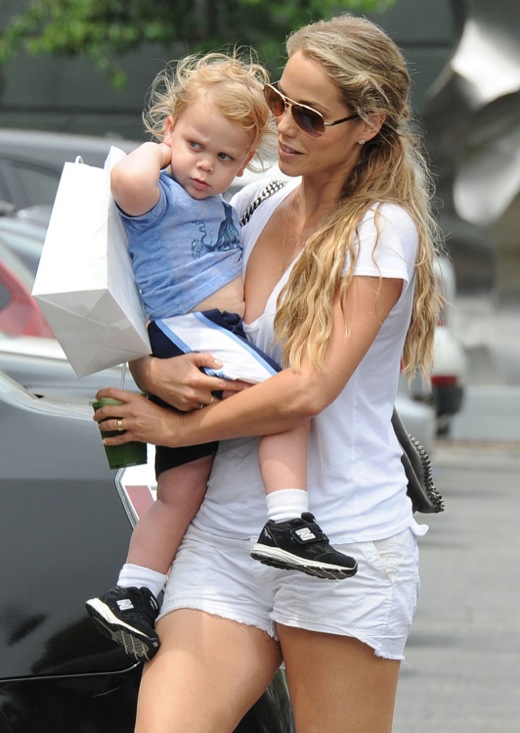 Elizabeth Berkley and her son Sky Lauren were photographed out shopping at Pumpkinheads in Brentwood, CA on Saturday (August 2).

The actress was dressed in an all white outfit – a t-shirt and cut-off shorts while affectionately carrying her growing 22-month-old. After shopping, the pair picked up some fresh juice at a local store.

Berkley is best know for her role as Jessie Spano on the hit 80’s sitcom Saved By The Bell.

She recently made headlines when she admitted that she has no interest in watching the upcoming television movie that is set to highlight the behind-the-scenes drama that went on during the shows time on air.

“I know nothing about what they are planning,” Berkley told Us Weekly. “I’m not really curious about it because we know the life we led, and I have no idea what their picture of it is. So who knows!”

Some of the story will be based off Dustin Diamond‘s 2009 tell-all book Behind the Bell, which outlined the cast’s drug use and sexual escapades.