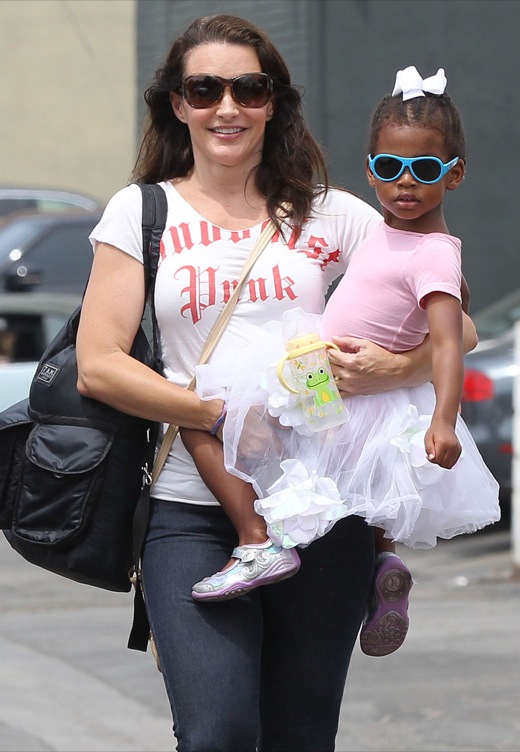 Kristin Davis was seen picking up her daughter Gemma from ballet class in Brentwood, California on Saturday (August 2).

The Sex and the City actress was dressed casually in a white shirt and jeans while smiling happily as she carried her little ballerina on her hip. Gemma looked just as happy wearing her ballet outfit with bright blue sunglasses.

“I had always thought in the back of my head that I would adopt – that it was a possibility. So I started the process… but it’s quite confusing. There are all these different rules and if you’re single it’s harder,” the actress told of the adoption process while interviewed in 2012.

The proud mom adopted as a single parent.

Just in Time For Back to School: Improving Hand Hygiene With Purell

You might also likeMore from author
Gemma Rose Davis