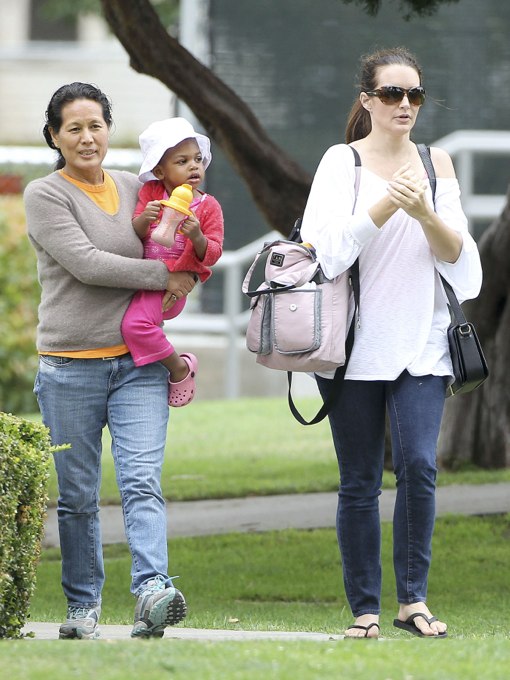 Kristin Davis was spotted taking her adopted daughter Gemma Rose to a park in Brentwood, CA on Sunday (June 9).

The Sex and The City actress wore a flowing white top, dark jeans, and flats while walking through the park. Gemma who was being carried by her nanny looked cute in all pink outfit.

After adopting her daughter in 2011 as a single parent, Kristin revealed the process was terrifying.

“It is terrifying, partly because with adoption you always know there’s the chance that it won’t work. So you’re on pins and needles,” she told Anderson Cooper in March of this year. “They tell you that when (the child) first comes, you should think of it as babysitting in case the birth mum changes her mind. Every state is different, but in (California) it’s 48 hours. So you’re trying to think that you’re a babysitter but that’s kind of impossible!”

In other news, the actress is set to costar in the CBS new comedy Bad Teacher. Loosely based on the 2011 comedy film of the same name, Ari Graynor will play the lead of a foul-mouthed teacher looking to find her next husband at school.

You might also likeMore from author
Gemma Rose Davis