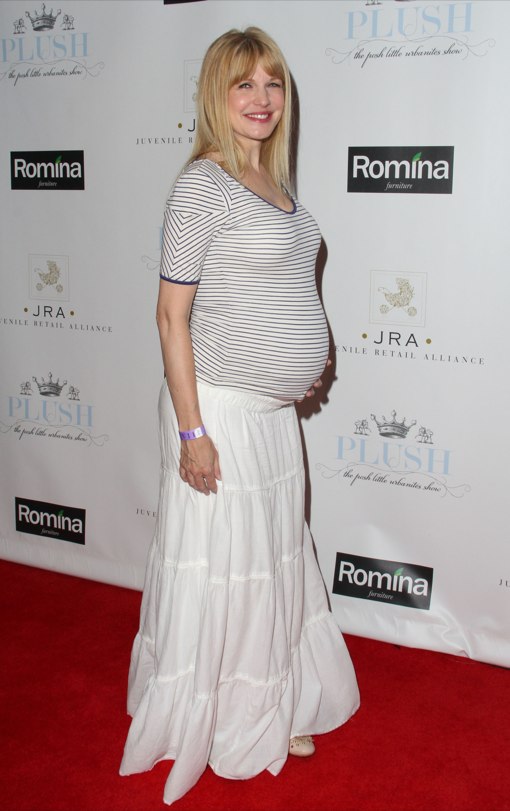 Kathryn Morris Debuted her baby Bump at the 2013 Plush Show at the Hyatt Regency Century Plaza in Century City, CA on Sunday (June 9).

The Cold Case actress showed of her blossoming bump in a striped maternity shirt and a white boho skirt. She glowed while cupping her bump as she posed for pictures.

In April, Kathryn announced she and boyfriend Johnny Messner are expecting twin boys in September.

“We’re beyond excited and doubly blessed!” the couple told.

The star recently wrapping up filming for a CBS drama pilot for Surgeon General.