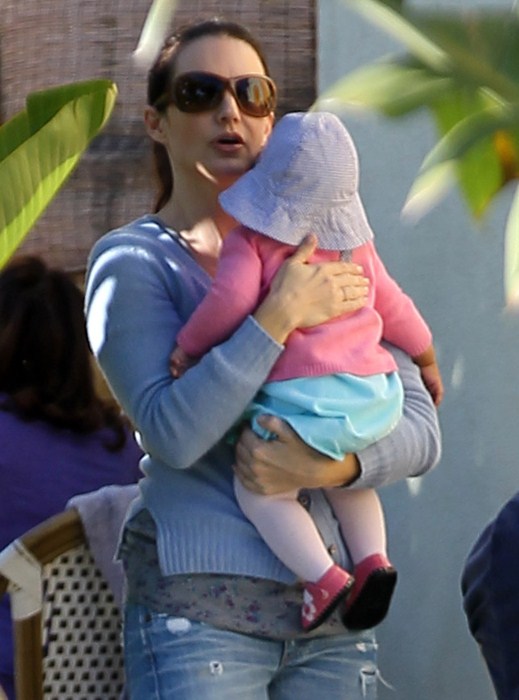 Sex and the City star Kristin Davis who adopted daughter Gemma Rose as a single parent last year has opened up about the experience in an interview with Anderson Cooper.

Davis reveals adoption officials told her not to get too attached to the child during the first few days, as the birth mother had 48 hours to change her mind before the adoption was finalised.

“It is terrifying, partly because with adoption you always know there’s the chance that it won’t work. So you’re on pins and needles,” she says.

“They tell you that when (the child) first comes, you should think of it as babysitting in case the birth mum changes her mind. Every state is different, but in (California) it’s 48 hours. So you’re trying to think that you’re a babysitter but that’s kind of impossible!”

The actress admits it much harder for single people to adopt.

“I had always thought in the back of my head that I would adopt – that it was a possibility. So I started the process… but it’s quite confusing. There are all these different rules and if you’re single it’s harder.”

David also found herself worrying unnecessarily over her daughter’s health and even had nightmares, adding,

“When I first got her I would sleep with her on my chest, because when you adopt you’re very concerned about bonding. You’re not supposed to have comforters or anything around, obviously, because they could suffocate.

“So every night I would have these nightmares that she’s under the comforter. I still – seven months later – have that. I’ll wake up and be like, ‘Where’s Gemma? Where’s Gemma?’… and she’s in her crib, safe and sound.”

Have you or know anyone that has adopted? How difficult was the process?

Birth Center VS Midwife In Hospital