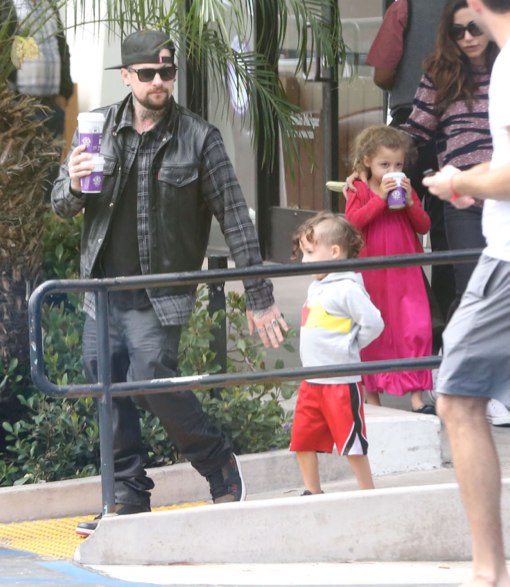 The Good Charlotte singer was dressed in his usual rocker style while balancing two hot drinks in one hand and holding Sparrow’s hand in the other.  Harlow followed behind with a family friend.

In a new interview, Joel’s wife Nicole Richie who first gained fame as a reality star admits she feels blessed to be doing something she loves now.

“I feel truly blessed to do what I love for a living,’ she told the Telegraph. “I had no formal training, but designing was something I always gravitated to. When I was little, I used to be a competitive figure skater, and I used to design my own costumes with my father’s costume designer.”

“I have a very good team that I work with now, but I design everything myself. This is not something that I just put my name to,” she adds.

What do you think of Richie as a designer? Is she more credible than most actress/singers that get involved with designing?