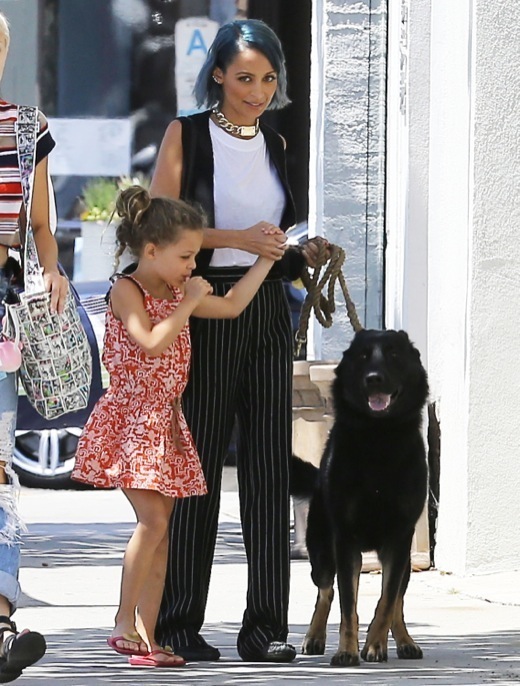 Nicole Richie and her daughter Harlow were spotted taking their dog Iro to a dog class in West Hollywood, CA on Wednesday (Aug. 13).

The reality star turned fashion designer donned her new blue hair color while dressed in a black vest over a white tank with striped pants and shoes. She held the six-year-old’s hand while holding the leash of the dog her husband Joel Madden adopted in 2012.

Richie says motherhood has taught her about her “real” self and loves being a role model for her children.

“It teaches you a lot about yourself and about patience and about coming from a place of love and constant compassion,” the Candidly Nicole star told. “Having kids gives you the opportunity to be the real you. I love being a mother and being an example to my kids.”

She and Madden have been married since 2010.