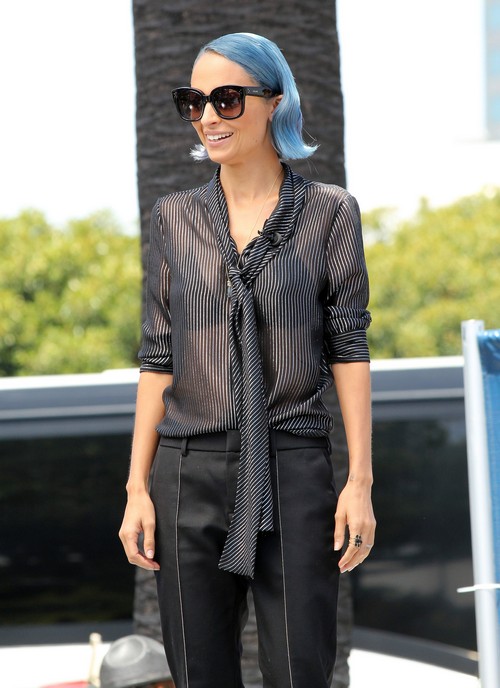 Nicole Richie has done of the most drastic career turn-arounds in Hollywood, as she’s gone from being drugged-out reality star to respectable business person and mother. Nicole and her husband, Joel Madden, have two young children together and what’s even more shocking is that they manage to raise their kids in relative privacy. If you knew Nicole Richie ten years ago, you would probably be astonished that she’s turn out this way.

Anyway, Nicole was discussing her parenting methods on Oprah recently, and opened up about how she raises her kids. She explained, “There’s always room for improvement. I do know that I do the best I can.”

She also adds that she never lies to her kids, and always maintains an open forum of honesty with them. She explains, “My kids operate best when I let them have a voice and I really explain things to them. Because, really, kids want to be told the truth. They just want you to be truthful. They know you more than you know yourself.”

Nicole might be sticking to her guns right now, but will she stay the same when her kids are old enough to start surfing the Internet? Then, they’ll start stumbling upon their mother’s history, and inevitably ask Nicole questions about her lifestyle. Will Nicole stay committed to telling the truth when her kids are asking her about taking drugs? Or perhaps she’ll be one of those mothers who’s always committed to being honest with her kids. She probably won’t have much of a choice in the matter, considering that the Internet will provide her entire history to her kids anyway.