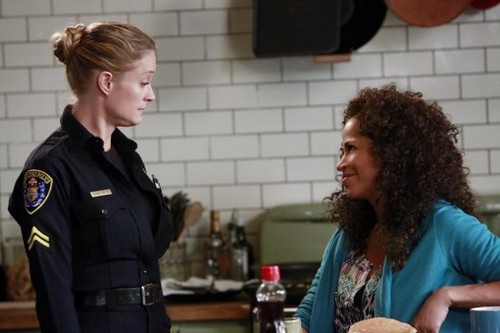 The Fosters ABC Family’s compelling drama returns tonight with its sixth episode of season 2 called, “The Longest Day.” On the last episode tragedy struck the Fosters and they had to look to each other for strength. Stef confronted Mike about Ana, and he came clean about why he was at the halfway house the night of Ana’s disappearance.

Meanwhile, Wyatt sought relationship advice from a very uncomfortable Brandon, and Mariana was still furious with Jesus for putting her in the middle of his girl problems. The episode was written by Joanna Johnson and directed by Lee Rose. Did you watch the last episode? If you missed it we have a full and detailed recap, right here for you.

On tonight’s episode Lena supports Brandon as he unloads a long-held secret that could tear his family apart. Callie brings Jude for a visit with the Quinn family in the hopes that Jude will no longer feel so threatened by this other side of Callie’s life. Meanwhile, Jesus is torn between feelings of guilt over his failed relationship with Emma and pressure to prove his loyalty to Hayley. Mariana’s dance team prepares for an upcoming competition, and her insecurities threaten to get the best of her. The episode, titled “The Longest Day,” was written by Marissa Jo Cerar and directed by Nzingha Stewart.