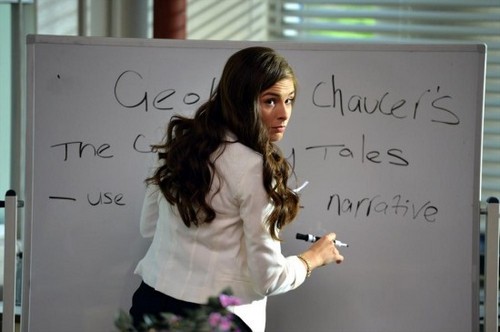 Tonight on the ABC Family their hit show Switched At Birth continues with a new episode called, “It isn’t What You Think.”  On the last episode when John started feeling a sense of built-up anxiety in Bay and Daphne, he suggested that a trip to Chicago to find Bay’s second cousin is a perfect opportunity for her to become more in touch with her roots and gave Daphne a chance to tour prospective colleges.

But the trip went south when Daphne used the opportunity to act out, and Bay discovered alarming news about Angelo’s family past. Did you watch last week’s episode? if you missed it we have a full and detailed recap, right here for you.

On tonight’s episode when Bay offers to be moral support for Tank (guest star Max Adler, “Glee”) as he meets his father for dinner, she finds that she may have bitten off more than she can chew. Toby continues to stir things up with Lily (guest star Rachel Shenton, “Hollyoaks”), yet a conflict regarding a make-up test for Sharee raises unwanted confrontation between the two. Meanwhile, Daphne and Travis make life-changing decisions when they find out their admission results from Gallaudet University.

Tune in to ABC Family at 8PM EST to watch “It Isn’t What You Think” We’ll also be recapping it all live for you right here. In the meantime head to our comments section and tell us your thoughts on season two so far and enjoy a sneak peek of tonight’s episode below.