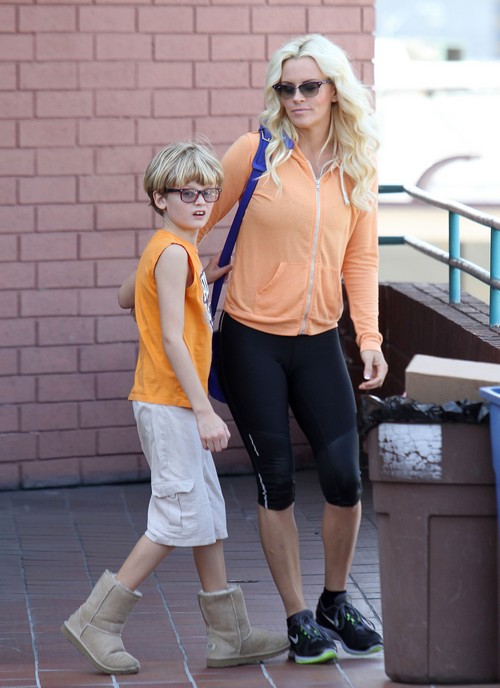 Jenny McCarthy‘s 12-year son, Evan reported his mother to the cops for texting and driving.

The former View co-host and future Mrs. Donnie Wahlberg described her son as a strict “rule follower” when sharing the anecdote on her new Sirirus Radio show  Dirty Sexy Funny:

We’re driving in the car and of course I text and drive. He called the police on me and said, ‘My mom is texting and driving right now.’ True story.

The 41-year-old added that she immediately tossed her son’s cell phone out of the car window to avoid a run in with the cops.

And this isn’t the first time Evan has called in to the police either. McCarthy explains how he once panicked when she stepped outside for a cigarette and he couldn’t find her: