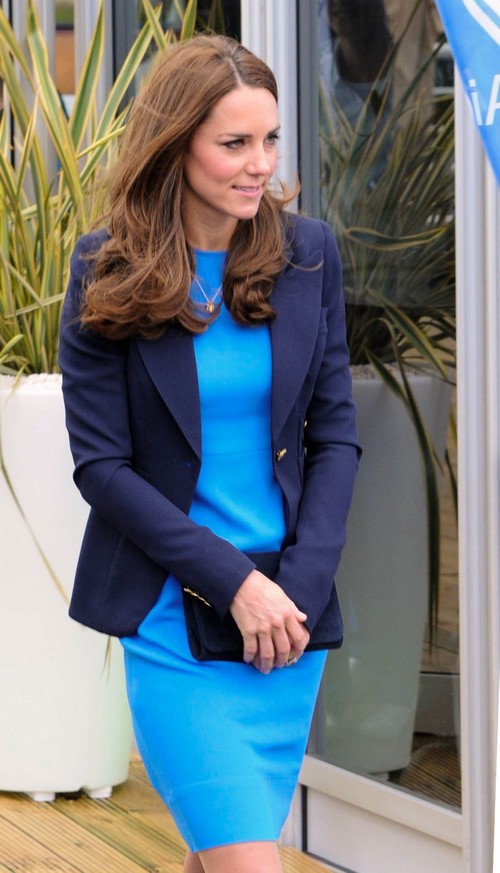 We really don’t get very much information on little Prince George, Unlike some other first time parents (Ahem, Kim. Ahem, Kanye.) Kate Middleton and Prince William choose to keep their son as far from the spotlight as possible. Every once in awhile Kate will confirm some little nugget about her baby that makes them seem like the most normal family around. Like the fact that George loves water. He loves to splash and Kate takes him swimming with her often.

This bit of info came from James Hickman who is a 5-time World Champion swimmer and a Commonwealth Games champ as well. James apparently had a chat with the duchess today at a SportsAid Charity Meeting. The two bonded over the sport and James was pretty excited at the notion of the littlest prince perhaps growing up to be a great swimmer.Both Kate and Prince William have been on hand for The Commonwealth Games and were photographed yesterday at a gymnastics event looking more connected then ever. They obviously spend a bit of time apart because of work  but when together for a royal engagement they usually seem pretty tight. The photos from this week seem to catch some extra real moments between the couple though. Rather than just being jovial they seem tight which is good to see.

While we love seeing photos of Prince George in action, do you think that Kate and William are doing the right thing by keeping him away from the press?  Do you think they will continue to try and raise him as normally as possible or will there come an inevitable point where we see a lot more of him? Tell us your thoughts in the comments below!