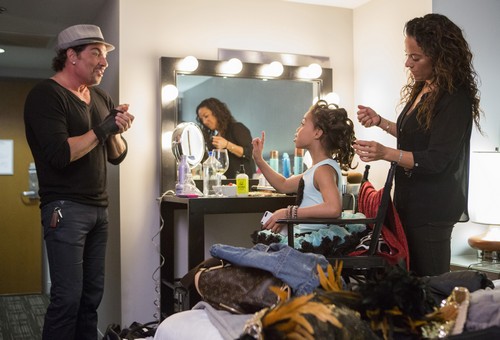 Asia Monet stars in Lifetime’s all new unscripted series Raising Asia.  Child prodigy Asia Monet Ray is no stranger to the spotlight and her loyal fan base eagerly follows her every career move.  Tonight is the premiere episode of the new series and it is called, “The Lion Tamer and the Tiger Mom.”

The show features the child sensation and her mother Kristie, who won’t let anything get in her daughter’s way.  The road to fame and success isn’t an easy one but with her mom by her side, Asia’s dreams of becoming a world famous performer are well within reach, at least if Kristie has her say.

On tonight’s episode The Ray family revolves around eight-year old daughter Asia’s rising star, and this week there’s a huge performance at World of Dance on the line. Questions about the suitability of the choreography put the entire performance in jeopardy. Meanwhile, Asia’s parents struggle with their own balancing act.

Tonight’s premiere episode is going to be great and you won’t want to miss it. So be sure to tune in for our live coverage of Lifetime’s Raising Asia tonight at 10PM EST! In the meantime, sound out in the comments below and tell us what you think about this new show.