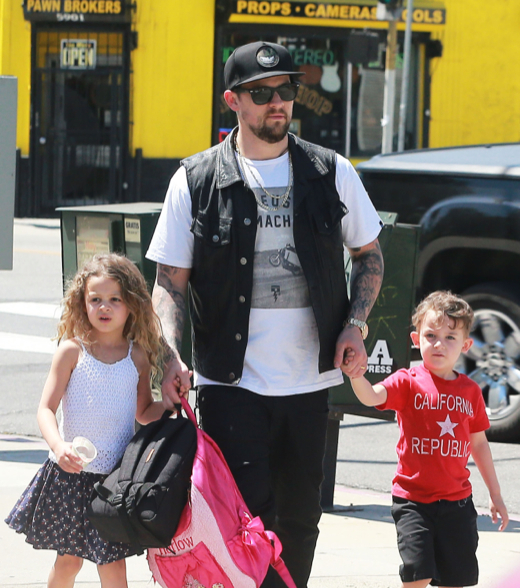 Joel madden was seen heading to a Mexican food restaurant with his children Harlow & Sparrow for lunch in Los Angeles, Ca on Tuesday (May 13).

The Good Charlotte singer was dressed in a jean vest, white t-shirt and black pants. He held the hands of his youngsters while carrying their school bags.

Madden’s wife Nicole Richie recently revealed that the family has built a family garden at their home.

“I just started growing our own garden. I’m home a lot and we’re growing our own fruits and vegetables,” the House of Harlow designer told at Lucky magazine’s Los Angeles FABB: Fashion and Beauty Blogger Conference in April. “There’s so many things in food right now and it’s important for people to know and be educated on whatever they’re putting into their body.”

Meanwhile, Madden is currently a mentor on the Australian version of The Voice.