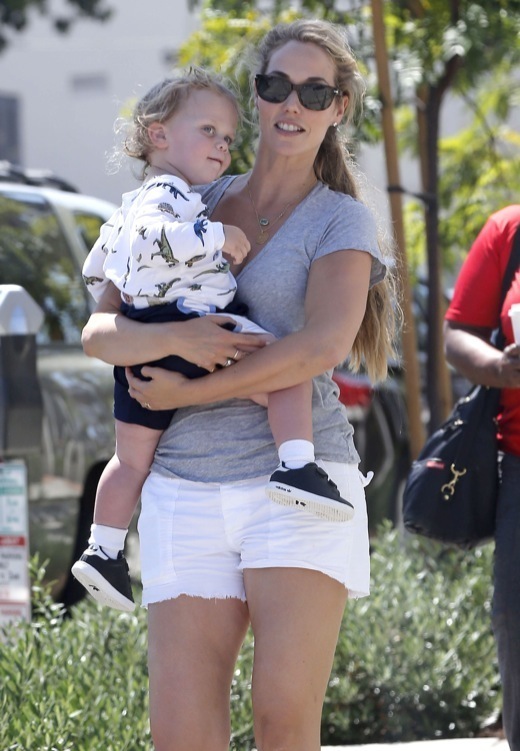 Elizabeth Berkley was spotted out for lunch with her son Sky Lauren in West Hollywood, California on Sunday (Aug. 10).

The Saved By The Bell alumni was dressed in a grey t-shirt and white cut-off shorts. She carried her toddler who wore an adorable Dinosaur top with short.

While appearing on Extra, host Mario Lopez (former co-star) asked Berkley whether she agreed about the way the media refers to pregnant women.

“No, and as a husband to a beautiful woman, and you’ve seen her go through it twice, I just feel like in our culture, people aren’t really honoring a woman’s journey through that time, it’s really about, like bump watch, let’s see how big she’s getting. At what point did it become this kind of, like, sporting event to kind of judge where someone’s at?” she told, adding, “I think we need to honor women more during that time.”

Gwen Stefani Enjoys a Beach Day With Her Boys