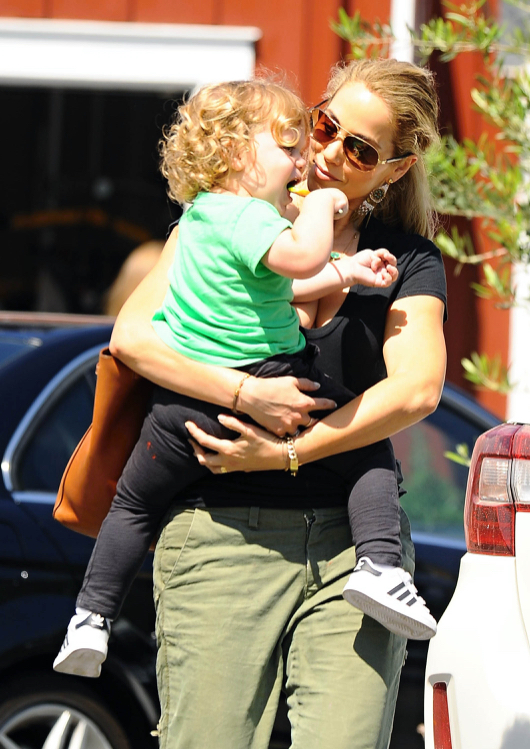 Elizabeth Berkley was seen enjoying lunch with her son Sky in Brentwood, CA on Friday (Mar. 20).

The Saved By The Bell star was dressed casually in a black t-shirt, army green cargo pants and sneakers. She carried the youngster while smiling affectionately as she gazed down at him.

The former co-stars whipping up a series of dishes, including grilled ciabatta with ricotta and snap peas, roasted chicken with an orange glaze, watermelon-champagne cocktails, orzo salad with corn, arugula, and cherry tomatoes, and roasted asparagus with an orange glaze.

The pair also reunited for a sketch on The Tonight Show with Jimmy Fallon in February, which featured their Saved By The Bell costars Mark-Paul Gosselaar and Mario Lopez.