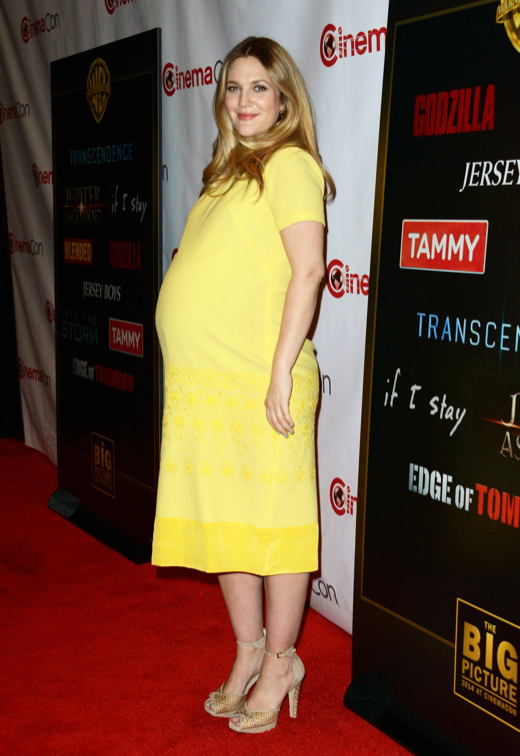 The heavily pregnant Big Miracle actress showed off her bump in a yellow dress with an embroidered floral design at the bottom. She posed alongside Adam Sandler who co-stars with her in their new film, Blended.

Both were being presented with awards for Male and Female Star Of The Year.

In Blended, a romantic-comedy set in Africa, a man and woman find themselves stuck together at a resort for families after a blind date, where their attraction grows as their respective kids benefit from the burgeoning relationship.

This is the third time good friends will be starring in a film together.